I opened my eyes as I was rolled into the waiting area for emergencies in Hospital Mexico.  I had taken EMT training in the USA and was taken back to one of the public hospitals in Houston while working trauma.  We had everything come in, alcohol poisoning, car accident victims, gunshot wounds……the list goes on and on.  The doctors, nurses and other medical staff had to sort these cases according to severity and then act quickly to try to save most of their lives. Fast forward to the situation in Hospital Mexico and it was the same but quite different.

The ambulance drivers rolled me into this area and placed me against a wall where again I was told to wait.  The pain in my leg was getting worse and I was getting quite angry that they had not given me anything to take this pain away in the close to 4 hours since the ambulance had arrived.  I assume I had finally complained enough and bothered enough people to give me something, that they gave me something called Tramadol which almost immediately took away the pain.

With the pain dissipated I began to take in my surroundings and the situation I was in. My eyes immediately shot to a gunshot victim that seemed to have arterial bleeding. There was one doctor and one nurse trying to treat this patient in 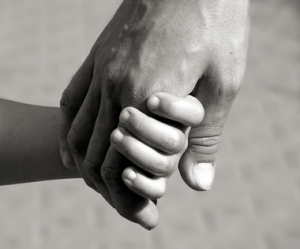 the waiting area.  The young Costa Rican man was either brought in too late or his wound too severe as they called his death right there…..9:26 pm.

A family was standing around their grandmother who also was laying on a gurney. None of the family members seemed to be paying close attention to her except for a young girl that looked like her granddaughter. She stood their quietly holding her grandmother’s hand while the other family members played on their cellphones.  The little girl let go of her grandmother’s hand and walked over to a woman I would assume to be her mom and said something.  The woman then walked over and touched the old woman’s hand and immediately began to scream for help.  A doctor came over and confirmed what both the granddaughter and I already knew, the woman had passed on. The granddaughter sat quietly in a chair in the waiting room as the family members who had not been paying attention to the woman lying on the gurney 5 minutes before yelled at doctors and each other……9:34 pm.

There were stabbings, car accident victims, patients with fever, and like in the public hospital in Houston, the list went on and on.  There was one big difference; the medical staff seemed more interested in following procedure than they were in treating the patients.  If you did not have a bone sticking out of your arm or blood flowing out of an artery in your neck you were going to wait until someone got to you.  How many people that had come to this hospital with a treatable ailment died because they were not treated in time? How many of those people could have been saved? Was I next to die?

The Tramadol was slowly wearing off when the doctor arrived to try to determine what was wrong with me.  He did an inspection of my leg pressing against each of the circulatory components in my leg.  The final diagnosis…..I had a blood clot in my leg that was cutting off circulation. The lower part of my leg was slowly being strangled to death.  My “gringo” mentality kicked in, ok problem found out….now fix it! I should have known this is not how things happen in Costa Rica.

The doctor told me that I would be having emergency surgery, which I thought meant within the next 30 minutes.  It was 9:45 pm, and I was informed the surgery would be at midnight.  With the pain in full force again in my lower extremities I asked for more pain medication to which I was informed that I could not have any before the surgery.  Outside I tried to remain strong and roll with the punches life was throwing at me, inside my heart and mind my tears were flowing.

The time passed slowly as I began to reflect on what put me in this situation and why I was completely alone.  Life had taken me on a path where alcohol and drugs had clouded my judgment. These things had pushed away my closest friends and everyone in my family.  Someone with all the potential in the world was being led down a path of failed relationships, jobs, and dreams.  Even as my laptop bag lay next to me, a small bottle of vodka was held in one of the pockets.  That 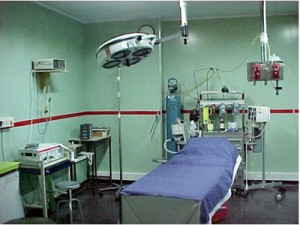 alcohol was to be used to help me forget the past and, at least for a little while, dull the pain and feelings of solidarity that were being held in the deepest part of my soul.  Those feelings that I could not face nor could I let go.

A nurse came up to me and touched my arm, again bringing me back into the reality of the situation. She looked at me with comforting eyes and told me it was time.  I was rolled down the corridor where they took away my laptop bag and placed it in what seemed like a janitor’s closet…..one last look at my cell phone……11:50 pm.

I lay down and started to count the lights as we rolled through various doors and down corridors throughout the hospital.  I had a feeling of impending death as we eased closer to the operating room.  It was like a bad dream that would not end. This was not how I wanted to leave this life. There was so much I wanted to do, so much I wanted to experience, so many dreams I wanted to at least try to pursue.

I had arrived in the operating room and was transferred from the gurney to the operating table.  The circular operating table lights were above me and switched on.  The nurse inserted the IV into my arm.  I suddenly realized how real this was and took in my surroundings; in every corner there were tables with gauze, scalpels, and other operating tools.  For the first time I felt truly scared.

The nurse turned to me…….start counting backwards from 10.

Next Up – The Infection