The Brain Need Not Deteriorate

I have a friend who believes that there comes an inevitable point when you’re old that the brain begins to deteriorate at the same rate that it developed in the first years of your life. It’s a ridiculous notion to my mind, but I cannot disabuse her of it.

It reminds me of a California joke about aging: “I’m the avocado of people. While you wait and wait for me to mature enough to be enjoyable, I sneakily transition into a disgusting mess.”

After losing most of my 20’s to depression and drift, I went back to college to college at 30 to get my degree. During the only year I attended the small college in the Central Valley, they put in a surfaced track.

As the workers were painting the lines for the lanes, I asked, how long before I can run on it? “An hour,” one of them said. So I went across the street to the apartment where I was living and got some old spikes from high school that I hadn’t worn in a dozen years.

As I was warming up, an old fellow came onto the track. As the first two on the spanking new track, we introduced 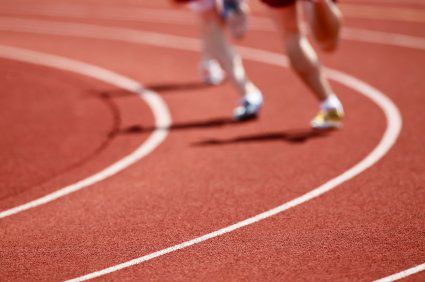 ourselves. His name was Lamar, he was 75 years old, and he had the legs of a sprinter.

Incredibly, Lamar was still competing in his age group in the sprints. This was the mid-1980’s, and as a young man, Lamar had actually competed in the 1920’s against the American sprinters portrayed in the movie, “Chariots of Fire.”

I soon realized that not only was he very fit, but Lamar’s mind was as sharp as anyone’s I’d ever known. He completely changed my view of aging.

So I started working out that fall, and in late January, after classes resumed, I walked on when the track team started to train. The athletic department found me one season of eligibility, which, since I only needed one more term to graduate, was all I wanted.

In those days, 30 was considered old for a sprinter, and teammates later told me they thought I’d run on a couple of ‘B’ relays teams. But I set a goal of a sub-50 quarter, which is a respectable time for a small college. My first race I ran a painful 56. But each week I got faster and stronger, and with Lamar’s coaching and encouragement I got faster and stronger every week.

Lamar was the timer for me in the last race of the year, the conference meet, which was held on the new home track. I ran a 49.7 (49.9 electronic), and placed fourth.

Lamar and I remained friends, and even competed in our respective age divisions in some of the same Master’s meets the next few years. He competed until he was in his mid-80’s, and said his goal was to live to be a healthy 100 and die a good death.

Lamar’s wife died about 10 years before him, and he passed away a few days after his 100th birthday, spry to nearly the end and mentally sharp to the end.

Few of us have the drive or desire to run track in our 70’s and 80’s (I’m not sure I’ll be able to), but all of us can take better care of our bodies, and our brains.

There’s a lot of talk about cognitive health these days, and whether people can prevent terrifying brain wasting diseases 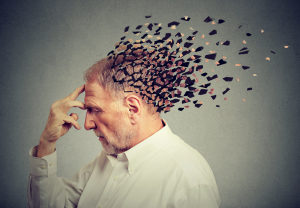 such as Alzheimer’s and dementia. The accent is on memory retention, but I propose a great paradox: deleting useless memories preserves and renews overall cognitive function.

In deeper meditative states, one does not recall the particulars of the last time one was with an acquaintance, and one may not even recognize a friend in passing. Is that impairment, or ‘peak experience?’

Memory is the material of thought, but most of what we store up from experience is unnecessary and becomes stultifying as we age. Recognition is a certain type of memory, and when one is truly seeing things and people anew, recognition is secondary.

Awareness can and must be quicker than thought. When passive sensory watchfulness is sustained (listening to sounds without naming or associating for example), thought yields. It’s as if the entire mechanism of thought in the brain says, ‘I yield to awareness.’

Then attention grows and intensifies, acting without the slightest effort or volition, completely quieting the mind. Unneeded memories are deleted, and the brain is renewed.

Experiment with it, play with it, work at it. Deterioration of the brain is not inevitable.