Costa Rica News & Events – On May 1st, one of the Beatles is coming our way. Paul McCartney will give a performance at the National Stadium in San Jose, as part of his “Out There” tour. His globe trotting was supposed to end in November, but he and his band opted to continue the tour, extending it to Latin America. 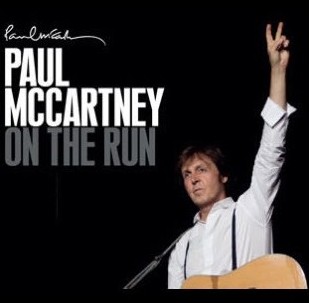 First, on April 21st, they’ll play in Santiago, Chile. McCartney has been famous since the ‘60s, when the Beatles took over the UK and the US. He is an iconic legend and one of the most successful singers in history. He’s sold 100 million albums in addition to 100 million singles. His collaborations with John Lennon as well as his own works have become beloved classics that everyone around the world knows and loves.

In the past decade, he has made four pop albums and two instrumental records. He has stood up as the face of various causes like vegetarianism and Hurricane Sandy relief. He was knighted by Queen Elizabeth  II, in 1997.

The concert in Costa Rica will feature songs from his album “New.” McCartney says that the album is attributed to Nancy Shevell, his wife of three years. Many fans will probably consider that he is singing the songs about them and directly to them!

According to the daily La Nación and concert producers Ocesa Costa Rica, a limited number of tickets were made available on Monday through Sir Paul’s website,www.paulmccartney.com.

We can only hope that the scalpers to not have too many Credomatic cards.