As I see the complete waste of space that is the Costa Rica legal system, I thought it would be fun to look back on the 10 craziest lawsuits in the USA of 2012.  Remember if someone steals less than $1000 worth of money or merchandise from you in Costa Rica it is not a crime and do not forget that most lawyers in Costa Rica are not required to be ethical.

It’s that time of year again, when the U.S. Chamber of Commerce’s Institute for Legal Reform’s (ILR) releases its list of the 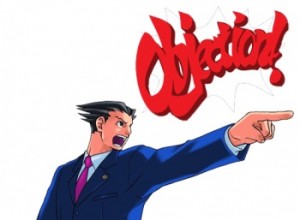 Top Ten Most Ridiculous Lawsuits. And this year’s list includes some real head shakers. ILR contends the lawsuits reflect an ongoing abuse of the legal system.

“Abuse of our legal system is no joke, and these examples range from the outrageous to the absurd,” said ILR President Lisa A. Rickard. “This poll reminds us that, as a society, we sue too much. In turn, these abusive lawsuits inflict harm on lives, jobs and our economic growth.”

The list was composed based on vote cast by visitors to FacesOfLawsuitAbuse.org. The lawsuits were picked from the website’s monthly polls in 2012, which are designed to raise awareness of abusive lawsuits made against businesses, communities and individuals. The list includes:

Of course none of these really ended up in any money for any of the people suing, but shows the waste of money in the legal system in the USA.  I think that I would rather see this cases taken to trial and fail than in Costa Rica where the laws and legal system protect the criminals.

A Gringas Journey to San Pedro