World News – Computers may have proven their superiority at chess, but what about poker, where mind games and subtle tells are as much a part of the game as the cards themselves?

A grand experiment by Carnegie Mellon University began Friday in which an AI will face four poker pros in a marathon-length showdown. Heads-Up No-Limit Texas Hold’em is the game — one of the most popular and complex styles, featuring frequent betting that may at any time rise to the level of “all in.”

Despite this, the computer program, called Claudico, uses an uncommonly conservative style its creators think may throw the competition. “The pros may find that playing Claudico is like playing a Martian,” said Carnegie Mellon’s Tuomas Sandholm in a news release.

At least one opponent is unperturbed. “I think there will be less hand-reading so to speak, and less mind games,” said Doug Polk, one of the pros in the experiment. “In some ways I think it will be nice as I can focus on playing a more pure game, and not have to worry about if he thinks that I think, etc.”

On day one (you can watch games in progress here) Claudico was getting soaked — it was down over $50,000, though that can change very quickly in no-limit games.

One edge the computer will definitely have is lasting power. Some 80,000 hands will have to be played — 1,500 games per player per day for two weeks, with just one day to rest. That’s enough to wear out even the most dedicated card shark — but Claudico will always be ready for more. 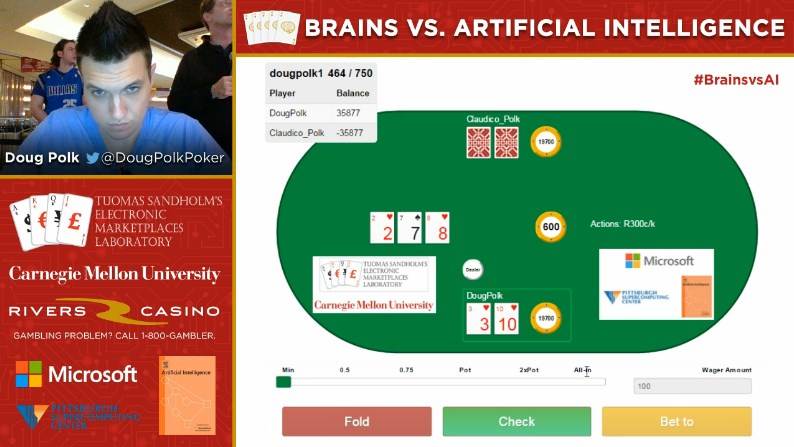 Meditation Is a Solitary Art