World News – I guess maybe this was the last straw to send Obama to an idiotic decision of striking Syria….The New York Times has been possibly hacked by the Syrian Electronic Army. 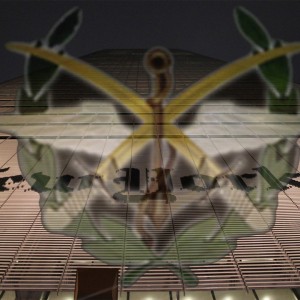 The New York Times website, nytimes.com, was hacked Tuesday, the site down for a second time in two weeks, with a group known as the Syrian Electronic Army believed to be behind Tuesday’s hack, as well as an attack on short-messaging blog Twitter.

The attack on one of the nation’s major media organizations comes as the United States weighs how and where to penalize Syrian President Bashar al-Assad and his military for using poison gas on his countrymen.

Mark Frons, chief information officer of The New York Times, issued a statement saying the disruption “was the result of a malicious external attack by the Syrian Electronic Army or someone trying very hard to be them.”

The Syrian Electronic Army, an online group that supports al-Assad, took responsibility for the attack. Officials told NBC News that the FBI is “aware of the hack and is looking into it.”

The group may have used “spearphishing” to help it gain access to the Times’ website. The approach, part social engineering, part hacker know-how, can involve tricking a targeted individual to open an attachment in an email, for example, an attachment that could unleash malicious code or carry out another nefarious action.

Frons advised employees to “be careful when sending email communications until the situation is resolved.”

Meanwhile, at about 7:35 p.m. ET, on Twitter, the Times offered readers an alternate website where readers could find Times news stories until its regular site is back up.

NBC News terrorism analyst Roger Cressey said that journalism websites are notoriously vulnerable, but “it is very interesting that this is timed for a period when the U.S. is considering a military attack on Syria.”

The group also claimed credit for an attack on the Huffington Post UK’s site, and for hacking into Twitter’s registry account and changing information there. The short messaging blog has about 200 million users worldwide, with 70 percent of user accounts based outside the United States. Twitter’s corporate offices are in San Francisco.

In a statement issued at about 7 p.m. ET, Twitter said it appears that for nearly two hours, records “for various organizations were modified, including one of Twitter’s domains used for image serving, twimg.com.”

“Viewing of images and photos was sporadically impacted,” and “the original domain record for twimg.com was restored. No Twitter user information was affected by this incident.

How Deep is The CR Shark Finning Rabbit Hole?