Costa Rica News – A few years ago, my friend Cody and I were driving between Prince George, a rough town in the middle of British Columbia, and Merritt. We had just worked a 28-day shift on a pipeline, and we were excited. Spring break up was in full swing, and most of the winter’s work was winding down. A little ways out of Prince, in a tiny shithole of a town called Hixon, we spotted a hitchhiker. He looked decent enough–clean clothes, clean shaven, no obvious signs of a mental illness that would leave us beheaded in a ditch–so we decided to pick him up. He had nothing with him except for a cardboard box, about two feet wide and two feet high. 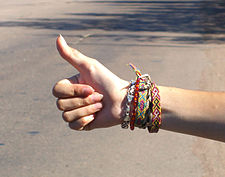 He was a decent guy, at first. In his mid-twenties, he sat quietly in the backseat, the box on his lap, not saying much. “From a town up north,” he answered when Cody asked him where he was from. “Not sure where, just south,” he told me when I asked him where he was heading. Not rude, just not forthcoming. He spent the whole time looking out the window, never looking at us. Then, something weird happened. Cody asked him what was in the box. For the first time, he looked directly at us. “That’s none of your fucking business,” he whispered. We laughed, despite how creepy it was.

Cody glanced at me, one eyebrow up, and we kept driving in silence for another ten minutes. Finally, I couldn’t stand it any longer. I had to know. “Man, just tell us what’s in the box!” I laughed, looking at him in the rearview mirror. “This is killing me!” Looking directly at me in the mirror, his face darkened. “I told you. That’s NONE OF YOUR FUCKING BUSINESS!” Shouting now, he continued. “WHY DO YOU CARE WHAT’S IN THE BOX!? SHUT UP ABOUT THE BOX! IT’S NONE OF YOUR FUCKING BUSINESS!” Cody, ever the pacifist, tried to calm him down. “Man, relax,” he told him. “It’s fine. Don’t tell us. No big deal.” The hitchhiker, though, wouldn’t let up. “IT’S MY FUCKING BOX! IT’S NONE OF YOUR FUCKING BUSINESS WHAT’S IN IT!” He continued shouting for the next five minutes or so, getting more and more wound up, spittle flying from his now-crazed mouth, his eyes flashing with anger. Finally, I had enough.

Slamming on the brakes, I pulled over to the side of the road, put the truck in park, got out, and walked around to his door. I opened it, reached in, and undid his seatbelt from under the box. When I did, he yanked the box away from me, as though I was trying to steal it. I heard something heavy roll around inside it as he moved it. “That’s enough, man,” I told him. “Get out of the truck.” Surprisingly, he did with little argument. I walked back to the driver’s side door, got it, put it in drive, and took off, leaving him in the dust. Cody looked back through the rear window, nervously laughing. “Fuck, dude. That was nuts,” he said. Then, he noticed something. In his haste to get out, the hitchhiker left his box in the backseat. Now we were driving south with it. So what was in the box, you ask?

NONE OF YOUR FUCKING BUSINESS.

PS: The video above is of a hitcher picked up in Costa Rica. According to the video description, this was just one part of a four hour trip. As it turns out, the hitchhicker is a pretty well-known guy, and by all accounts, is just plain awesome. He’s what being stoked is all about.

By Alexander Haro, The Inertia