Costa Rica News – (Surf Report September 27th and September 28th) – We are going to give you the surf forecast for Costa Rica and add in some pictures of beautiful surf girls in bikinis.  This weekend is pumping on  the Pacific side of Coast Rica on Saturdayand the Caribbean side of Costa Rica it look like the swell will continue through Friday, but as always there will be some waves to ride. We have also added surf video from Playa Hermosa, Costa Rica.

WEATHER/WIND:  Light/variable to light onshores winds in the early mornings, turn to moderate SW-WSW onshores for the afternoons. Thunderstorms due. NOTE – Passing or nearby showers and thunderstorms can temporarily affect/change local wind conditions.

Video of the Surf at Playa Hermosa

Friday 09/27 –  0.9-1.2m – Knee to shoulder – Small short period wind waves from the east-northeast holding during the day. Light and variable northwest winds, increasing rapidly later and switching to the north-northeast.

Saturday 09/28– 0.6-0.9m – Ankle to waist – Small short period wind waves from the east-northeast holding during the day. Light north-northwest winds all day and switching to the north-northeast. 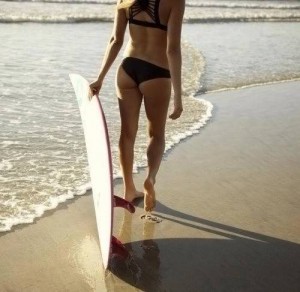 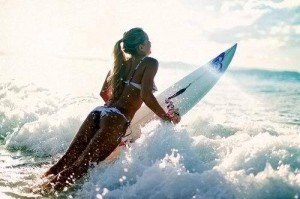 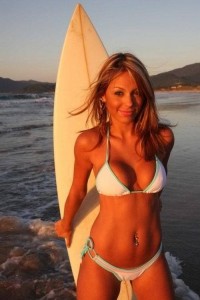 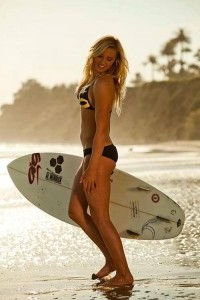 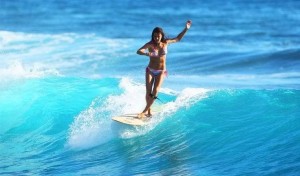