Costa Rica News – (Surf Report January 24th and Janaury 25th) – We are going to give you the surf forecast for Costa Rica and add in some pictures of beautiful surf girls in bikinis.  This weekend is a small  on the  Pacific side and on the Caribbean side it is pumping with some overhead waves in some sets. There are always great waves to be caught on both coasts of Costa Rica even on small to medium days. We have also added surf video from Playa Hermosa, Costa Rica. Brought to you by  The Costa Rica Surf Zone

FRIDAY:  New SW swell shows along with small NW swell for top breaks. Surf is in the 1-3′ zone.

WEATHER/WIND:  For most areas, look for mainly light/variable to locally light offshore wind for the early mornings, with a SW’erly seabreeze gradually developing over the mid to late morning hours and becoming moderate into each afternoon. Possible evening glassoff for some areas before dark. Skies will be partly cloudy/sunny for most locations as well. NOTE – Passing or nearby showers and thunderstorms can temporarily affect/change local wind conditions. 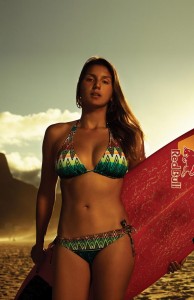 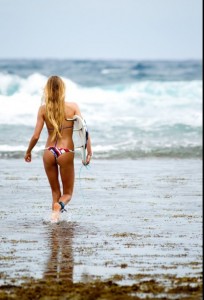 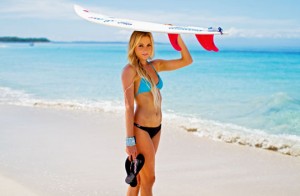 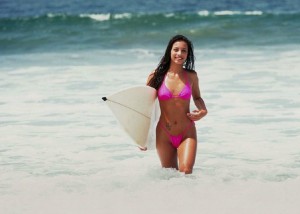 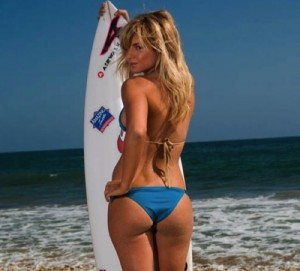