This column began about 25 years ago when I moved to this sylvan northern California agriculture/college town. But I didn’t become a writer until a reader got word to me that one of my pieces saved his life.

Having lost much of my 20’s to depression, his story not only had the ring of truth; it hit home. A sense of perverse peace comes over people when they make up their mind to commit suicide. I came close enough once or twice to understand.

Through four or five degrees of separation, word came to me that this young man got up one Sunday morning fully prepared to take his own life.

He reported picking up the local paper that Sunday, which he didn’t normally read, and coming across my nature description and contemplative column on one of the back pages. After reading it, something in him simply said, ‘Wait.’ No epiphany, just ‘Wait.’ 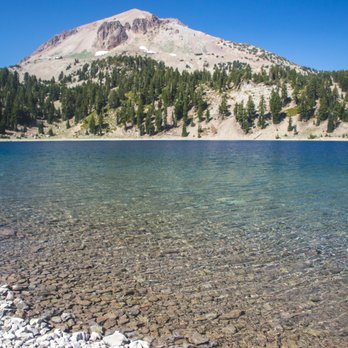 He drove up toward Lassen Volcanic National Park, found a quiet spot, and re-considered his life and his plans to end it. Surrounded by the beauty of the mountains, he decided he wanted to give life another try. He found a good therapist, and saw a way ahead.

“I want you to get word to that writer,” he told his therapist, “but I don’t want him to know who I am, or even who you are. Tell him that column saved my life.”

We never know how we touch each other’s lives. That’s doubly true for unrecognized writers, who engage in a solitary, one-way profession. Despite a strong local readership, my column was cut without notice by the right-wing Enterprise-Record shortly afterward, so the young man gave me a gift of life as well.

I liken writing columns to finding what one feels is a precious stone, polishing it, then walking over and dropping it into a deep well and walking away before even hearing whether it makes a tiny splash.

It’s hard to tell whether American commentators on the recent suicides of two celebrities are feigning shock and disbelief, or really are as obtuse and sentimental as their columns convey.

Take Frank Bruni’s piece on the suicide of Anthony Bourdain. He begins his column with a hackneyed an oblivious metaphor, “Anthony Bourdain devoured the world.”

Largely made-in-America globalization is indeed “devouring the world,” killing the planet and the human spirit. Bourdain obviously found no satisfaction to the question he often asked his smorgasbord-serving hosts, “Are you hopeful?”
And his suicide adds to people’s sense of hopelessness.

“Vegetarians are the enemy of everything good and decent in the human spirit,” Bourdain lied. “Your body is not a temple,” he averred, “It’s an amusement park. Enjoy the ride.” How did that philosophy work out for him?

Yet Bruni stupidly writes, “How Bourdain’s expansive and inclusive outlook — which was less about the pleasures of the table than about the glory of humanity — didn’t buoy him is a puzzle.”

No, the puzzle is how a columnist for America’s “newspaper of record” could write such treacle.

I didn’t know who Kate Spade was, but Anthony Bourdain’s persona couldn’t be missed on CNN. I found it difficult to watch 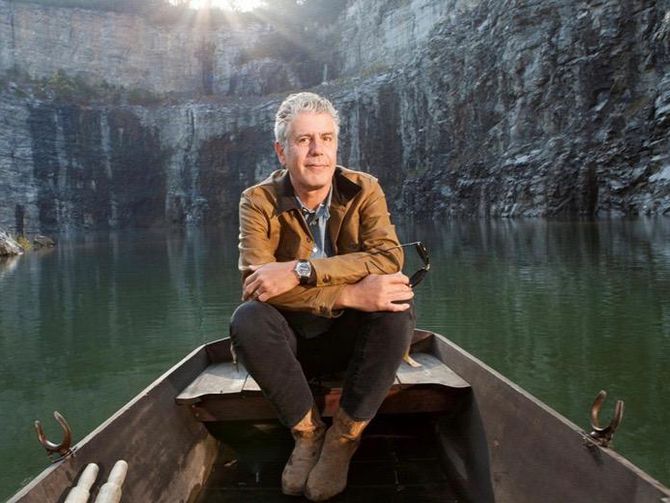 him for more than a few minutes. He struck me as Obama did—polished coolness covering and camouflaging yawning emptiness.

Sad as the circumstances of Bourdain’s death are, he symbolized the vacuity of our age and the meaningless, globalized culture emanating from the spiritual desert of America.

As another NYT columnist, Michelle Goldberg, wrote the day before Bourdain checked out, “America has become like one of Trump’s casinos, surface glitz hiding corruption and rot that Trump will ultimately make others pay for.”

True, although like many Americans, she continues to see Trump as the disease, rather than a symptom.

CNN was even more sentimentally purblind in its praise, devoting an hour to Bourdain’s “unique worldview.” He was “exploring the human condition,” said Wolf—or was it Anderson or Christiane? One of CNN’s finest more truthfully said, “It was really about him, and his way of looking at the world.”

Most suicides arise from extreme suffering. I sympathize and am certainly not immune, but still feel we must “Rage, rage against the dying of the light.”

Suicide, when it isn’t to end intolerable physical pain, preferably surrounded by loved ones, is self-murder, and murder affects us all.

Perhaps if people see that one has to have an inner life, not just “move as far as you can as much as you can” for “what makes Me happy,” these two celebrity suicides in one week will serve some purpose.

Gringo Left to Die by Costa Rica Police and Paramedics