Suffering Is the Lack of Understanding

When I lived in San Francisco I knew an Argentinean fellow who, as a student, had been swept up in Guerra Sucia, the “Dirty War”—a period of extreme repression from roughly 1974 to 1983.

The Argentinean junta justified mass terror by exaggerating the guerrilla threat, and even staged attacks to be blamed on guerillas and used frozen dead bodies of guerilla fighters that had been kept in storage for this purpose.

Juan was thrown into a small cell alone, where he waited to be tortured as the military methodically went from cell to cell starting from the other end of the block. He told the story with such vividness that it made the hair stand up on the back of my neck.

“They started at one end, and worked their way toward me all night, the screams growing closer and closer.”

I was going out of my mind. The terror got worse and worse, until I couldn’t take it anymore. 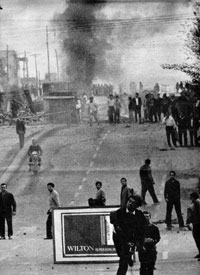 Then I heard a clear, calm voice. I don’t know where it came from but it said: ‘They are torturing you twice.”

I saw the truth of it.  My fear evaporated, I became calm, and accepted whatever they were going to do to me.

When the door to my cell opened, there stood a brutish-looking officer and two torturers. The officer, seeing that I wasn’t afraid, looked at me and said, ‘Do you know what we’re going to do to you?’

No. Why are you doing this?

He said nothing but simply closed the door and left. I was released the next morning.

Torture is not directed at the body but at the mind and heart.”

Whenever I hear some Christian intellectual (yes, they exist) talk about the Via Dolorosa—metaphorically, Way of Suffering, and literally, the path in Jerusalem that Jesus purportedly walked on the way to his crucifixion—I think of Juan.

If an ordinary human being, facing the greatest mental torture (and again, all torture is essentially mental) anyone can imagine could transcend fear and suffering, don’t you think one of the greatest teachers the world has ever known could do so?

The great mistake of Christianity is that it projects the fear of human imagination onto the fact of Jesus’ tragic end. In other words, we imagine ourselves in Jesus’ place, and deify him, rather than seeing for ourselves what Jesus taught. (Of course, that’s hard to do, since the Bible is so full of fabrications and distortions.)

Suffering since the time of Paul has been extolled, if not venerated as the path to grace and God. Ennobling suffering is one of the original lies of Christianity.

In truth is that suffering only builds character and enlarges our souls when we learn from it and transcend it. The Way of Suffering ends in stony stoicism, the idea that “what cannot be cured must be endured, and how to endure is, even now, the hardest challenge every one of us will face.”

That’s pure poppycock. It places the highest value on suffering stoically when such stoicism leads to individual numbness, even inward death.

“The growing contagion of despair” in North America and the West follows the veneration of suffering to its logical dead-end.

Jesus knew better than anyone that it is immeasurably better to die physically than die inwardly. Therefore to the extent that one no longer comfortable in numbness but grapples with despair, one’s sleeping soul may come back to life. 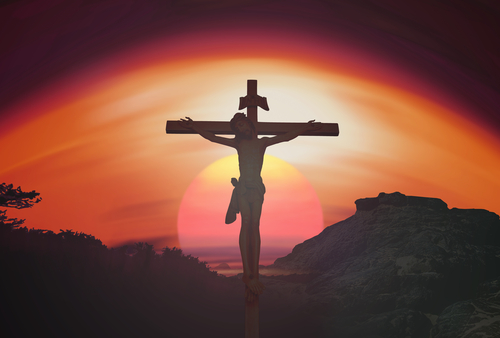 When Jesus said, “my kingdom is not of this world,” he wasn’t referring to some sort of afterlife, but to the incorrigibly corrupt world of his time.

Nothing has essentially changed. Power, domination, violence and corruption still rule, and we’re running out of room as a potentially intelligent species to change course.

Having transcended identification with his body, Jesus understood full well that suffering is not from the pain of the body, but the torture the mind and heart needlessly endure.

Having endured excruciating migraines from about 15-35, I’ve experienced my share of pain and suffering. Though I’m not entirely free of migraines and suffering, when I faced my fear of them, the hellish migraines became a simple headache compared to what they once were.

Jesus apparently suffered tremendously when his mission failed and he faced death. (His sweating blood, called hematidrosis, is strong evidence that he didn’t come to Jerusalem prepared to die, as Christianity has taught for two millennia.) But he transcended suffering, surrendering to the higher intelligence that had infused his teaching.

“How to educate for suffering” is a prescription for spiritual malpractice. That’s precisely what Christianity did for centuries, and it brought the West to this barren, lifeless pass. (Not that Buddhism or Islam offer any true alternative.)

There is learning in suffering, to be sure, but there is neither virtue in its continuity, nor value in its stoical endurance. True learning is non-accumulative, and it involves ending suffering.

The Beauty of Insects Exhibit in Costa Rica