‘Steel Magnolias’ Turns 25; What You Didn’t Know About the Story Behind the Movie

Entertainment News – Twenty-five years ago, “Steel Magnolias” captivated moviegoers with the heartbreaking, yet laugh-filled story based on how playwright Robert Harling lost his sister, Susan Harling Robinson, in 1985, and how a group of women in a small southern town cope with their tragic loss. 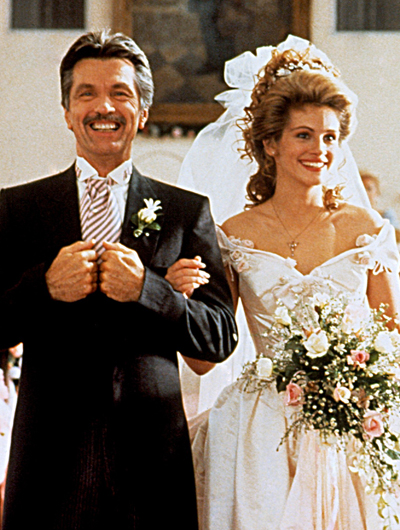 Harling wrote the play, and eventual screenplay, as both catharsis and as something that Harling could pass along to his nephew. “Susan was my best friend,” Harling told TODAY’s Erica Hill. “When we lost her, it was really devastating to me, and I was having a lot of trouble dealing with it.”

Many people can quote the movie line for line, but don’t realize how the fictionalized group of women are grounded in reality. Besides being based on the true story of his sister, Susan, Harling shared 13 other things fans might not know about the movie.

The title was inspired by real life

Harling said the title, “Steel Magnolias,” is the perfect description for the women it profiles: they’re both delicate like a flower, but also hard as steel.

Harling wrote the play in 10 days

Many writers take months or years to write a play. But Harling wrote “Steel Magnolias” in only 10 days. ” Ten days later, that’s all it took because I had lived the story.”

It was originally going to be a short story

Harling said when he began putting his sister’s story down in writing, it began as a short story. “But I was missing the sound of the wonderful vernacular,” he said. “It became a play because I wanted to hear the dialogue. And, and that was it.”

Harling at first thought his story was a drama

When the play was first in rehearsal, Harling says they thought it was strictly a drama, and they were performing a dark, emotional story. That all changed when an audience was brought in. “When the first preview audience came in, there was all this laughter, and we had no idea,” Harling said. “We were completely thrown back because we thought we were doing a drama.”

Only a few days after Ryan was approached for the role, she declined the role of Shelby to star in “When Harry Met Sally.”

Before “Steel Magnolias,” the Oscar winner was only really known for her role in “Mystic Pizza,” but Harling 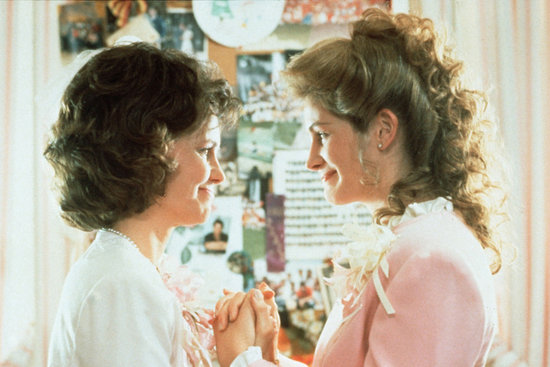 said she was perfect for the role of Shelby as soon as she walked into the room. “When she walked in, somebody just turned the lights on in the room,” he said. “She flashed that smile and … that was my sister.”

And it pays to have your mom played by Julia Roberts

Harling told Erica Hill about one time when his nephew, Susan’s son, had trouble with school. Harling asked his nephew if everything was OK, to which the then-teenager replied, “Oh no. Don’t worry about me. Everybody likes me. They think I’m really cool.”

The reason why everyone at school thought he was cool: His mom was played by Julia Roberts. “That hit me like a ton of bricks,” Harling said. “He doesn’t remember his mother, but he does know as a teenager that his mother was so cool, it took the biggest star in the world to play her.”

This is a fun one for trivia buffs: One of Nicole Kidman’s first movies on stage was playing Shelby in a Sydney, Australia, production.

The movie has inspired others to give back

Harling said that he was particularly touched by one email from a fan of the movie, who was inspired to donate his kidney to a neighbor in need. The recipient of that kidney will be celebrating his 35th wedding anniversary this fall, and the donor wrote Harling to say that he will be raising a toast in the writer’s honor. “I wrote him back and I said, ‘Save your toast to me. Toast to my sister, Susan,'” Harling said.

In one famous scene, as Sally Field’s character, M’Lynn, mourns the death of her daughter, the character of Clairee — played by Olympia Dukakis — offers another friend of the group for M’Lynn to hit. “Here, hit this!” Clairee says.

Harling said he wrote the scene by channeling his sister after a bout of writer’s block. “I said, ‘What would Susan do?’ and what Susan would do would be outrageous,” he said. “She would do something completely inappropriate and totally out of the box.”

The Christmas festival in Natchitoches is real, and Susan loved it

“She loved the Christmas festival which was the first weekend in every December,” Harling said. “She never missed it.”

And it was a Christmas in August for the film

The Christmas festival scene was shot during the summer, with everyone wearing sweaters, fur and ski parkas in 100-degree heat. “I remember Shirley [McLaine] turning to me during one of those scenes and saying ‘ya know, I think this could be important,'” Harling said. “And, you know, Shirley’s never wrong. ”

Although everyone in the movie is now gone, they’re not really gone

An upcoming Atlanta production of the play will be the first time that Harling sees the play since he’s lost all those who inspired the play and movie. But Harling said one of the film’s stars, McLaine, helped him realize that no one’s really gone. “She said, ‘They’re still with you and they’re on stage somewhere in the world every night,'” Harling said.