Costa Rica News – I look around the world these days and wonder if anyone has any morals anymore.  You look at the USA and see lies being thrown around government and media; Benghazi, the IRS fiasco, reporters being followed….the list goes on and on. 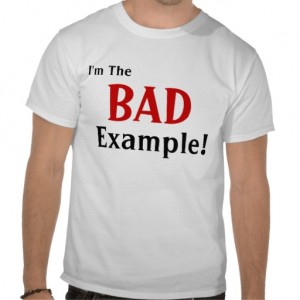 Then you turn your eyes to Costa Rica and the same corruption runs deep throughout the ranks. Shark finning goes on each and every day in the Pacific waters. The president is hopping on flights on a jet owned by a drug trafficker. The director of the Costa Rica CIA smashes a parked car drunk in the afternoon on  Sunday afternoon and has his wife say he was having pre-heart attack symptoms. Well considering the blood alcohol content of this jackoff was over 2 times the legal limit it seems that his wife was lying.

Just like in basically all government around the world, the leaders are showing the populations that lying, stealing, and corrupt acts are not only tolerated but in most cases there are absolutely zero consequences for these actions.

Do you think Laura Chinchilla would take responsibility for her private jet trips? Of course not, one of her minions was the sacrificial lamb.

Do you think the truth about Benghazi or the IRS  is ever going to come to light? Not during this US presidents reign. It is obvious the idea is to protect Obama’s legacy at all costs.

Well just like a child growing up in an abusive or loveless environment, those behaviors are being passed down to the populations in each of these countries.

Eduardo Reyes Sandoval, left his house in Desamperados on Monday on his daily bike ride in order to get exercise.  After a few kilometers he collapsed on the side of the highway between San Jose and Cartago.  His riding partner who was riding 200 meters behind him came across his lifeless body.

By the time the ambulance showed up Mr. Sandoval was unable to be revived. While people were trying to help this man as he bordered on the line between life and death, some solid upstanding Costa Ricans decided that this would be a good time to steal his bicycle.  They were chased and the bike was recovered but the thieves got away.

Please explain to me what kind of person steals a dead person’s bike as they lay on the side of the highway?

Costa Rica there needs to be programs put in place to give kids the opportunity to be taught wrong from right, as it is obviously not happening in the schools and at home with many of these kids.  But I guess when they see on the news the examples set by the corrupt government officials.

A worldwide change is needed to start moving towards a world that returns to having morals and ethics. It starts with all adults setting good examples; government, parents, coaches, movie stars, athletes, everyone that these kids admire.

Woman Plans to Have ‘Dolphin-Assisted’ Birth?