World News – Missouri Gov. Jay Nixon has declared a state of emergency and activated the National Guard in advance of a grand jury decision about whether a white police officer will be charged in the fatal shooting of black teenager Michael Brown in the St. Louis suburb of Ferguson. 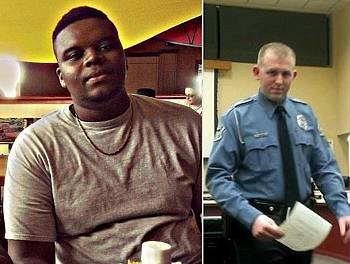 Nixon said Monday that the National Guard would assist state and local police in case there is civil unrest when the grand jury’s decision is announced.

Nixon said later in a conference call with reporters that he didn’t expect any violence, but he said, “I have a responsibility to plan for any contingencies that might arise.”

St. Louis Mayor Francis Slay said the Guard members would be used more as a visible signal of support, not as front-line law enforcement agents. “My biggest concern is people are safe and the protesters are given their right to express themselves peacefully,” he said after the announcement. “We do everything we can to keep people safe, keep property safe and allow people to express their opinions.”

William Brooks, national president of the NAACP, called the activation of the Guard “premature in its application and presumptuous to the hundreds of peaceful demonstrators who have embraced their Constitutional right to protest.”

The decision “threatens to stir up tensions and denigrate the peaceful efforts of countless non-violent activists,” Brooks said in a statement.

There was no indication that a grand jury announcement is imminent. St. Louis County Prosecuting Attorney Robert McCulloch has said he expects the grand jury to reveal its findings into whether Ferguson Police Officer Darren Wilson should face charges for shooting Brown sometime in mid- to late November.

— NBC News and The Associated Press

The Secret to a Long life in Costa Rica; It’s In the Water

High Season is Here; A Guide to Costa Rica Travel