Starbucks Sued for $5 Million Over “Too Much Ice”

World News – I guess working for a living has become a thing of the past when you can try to get $5 million from a company for putting too much ice in your drink. 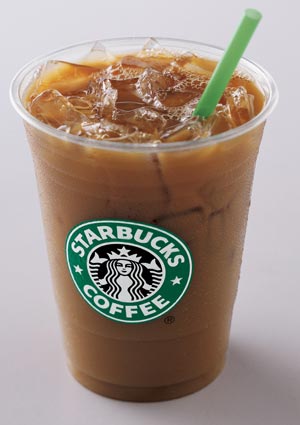 First, people were suing because their coffee was too hot. Now, it’s got too much ice.

An Illinois woman has filed suit against Starbucks for $5 million over the amount of ice the coffee giant used in its drinks.

Pincus’ suit says because of the amount of ice Starbucks uses in their iced beverages, customers often end up with half of the amount of drink that is listed on Starbucks’ menus in fluid ounces. The suit alleges that Starbucks is purposefully tricking customers into paying for more product than what they are provided with.

“The word ‘beverage’ is defined as ‘a drinkable liquid.’ Ice is not a ‘beverage’ by definition. Accordingly, Starbucks actually gives the customer much less beverage in the cold drinks they order and pay for,” the lawsuit says.

“Starbucks’ Cold Drinks are underfilled to make more money and higher profits, to the detriment of consumers who are misled by Starbucks’ intentionally misleading advertising practices,” the lawsuit continues.

The suit suggests that Starbucks start using larger cups so that the company can sell the amount of advertised liquid, along with ice.

Pincus is suing Starbucks for $5 million and the suit said it is on behalf of any customer who has bought a cold drink at Starbucks within the past 10 years.

Hart McLaughlin & Eldridge LLC in Chicago is representing Pincus, according to court documents.

Starbucks did not immediately respond to a request for comment made by NBC News on Sunday.

The company told TMZ, “Our customers understand and expect that ice is an essential component of any ‘iced’ beverage,” and said unsatisfied patrons can ask for another pour.