Now who says that the government of Costa Rica letting the Asian countries use their waters for shark finning does not have a positive side? The Costa Rica government gets their kickbacks from the shark finners and then companies also invest in CR. 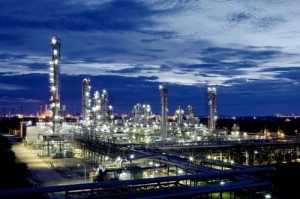 The EPC Engineering company, the first South Korean open source operating in the service sector in Costa Rica, announced yesterday it will invest $ 3 billion over the next four years in the country.

The firm, a subsidiary of South Korea’s Posco, will create 200 jobs to provide civil engineering services, design and architecture for projects in Latin America.

“The goals set by Posco demanded rapid growth, this is the reason why we are choosing Costa Rica as a strategic place to set up operations. The design and engineering center will expand our ability to grow globally, and especially in Latin America “, said yesterday the firm’s chief executive, Luis Enrique Coloma, at the opening of the facility.

Coloma explained that expect to hire “in the medium term” professionals in mechanical, electrical, electronic, chemical and industrial.

Meanwhile, the Costa Rican Foreign Trade Minister, Anabel Gonzalez, said the installation of this company represents an important achievement for the country in line with its objective to diversify its sources of foreign direct investment.

President Laura Chinchilla made a business trip to South Korea, in August, to try to attract more investment in new Asian markets.

Penn State Sanctions: $60M, Bowl Ban this was Not Enough