Ghosts & The Supernatural – Okay, this article is going to seem weird, but I’m going to lay it out to you. It’s about soul merging and I feel I found the best case of soul merging with Michael Jackson and Bruno Mars. First off let me tell you about my connection to the Michael Jackson family. Growing up I was pretty nerdish. Read lots of Marvel, DC and Charlton comic books in my tree house. Later, I would break out a Brad Steiger book and then polish it off with an Erich von Daniken book. After all of that reading, I would need to relax and clear my thoughts. I would do that with music. 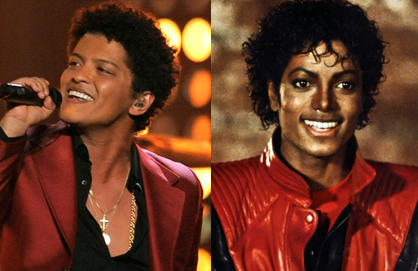 I would listen to everything from Jimi Hendrix to Janice Joplin to Creedence Clearwater Revival to the Jackson 5. As a kid, I even had a dream that I was buddy-buddy with Michael Jackson. I thought Michael Jackson was a cool guy to know. When I became an adult, I had another connection with Michael. I once saw Janet Jackson in concert in Sacramento, but that wasn’t the connection. The connection is when I did a documentary for Sky 1 TV in England. The documentary was called Michael Jackson: In Search of his Spirit. At this documentary, I obtained an EVP (Electronic Voice Phenomenon) of what sounded like a little boy saying: “Michael”. At the documentary, a man showed up with an envelope. Inside of the envelope was Michael Jackson’s scalp and hair. The scalp and hair was found during the time they filmed the 1984 Pepsi commercial, in which Michael’s hair caught on fire. Michael Jackson’s scalp and hair was found on stage at the Shrine Theater in Los Angeles by a stage hand. This is where I filmed the documentary “Michael Jackson: In Search of his Spirit”, at the Shrine Theater. To better connect to Michael, I touched his scalp and hair and then was able to obtain that EVP. I recently had another dream, it was a dream about Michael pointing his finger at a celebrity. The celebrity he was pointing at was Bruno Mars and Michael says: “I’m still here”.

Now, don’t think I am a big fan of Michael Jackson. Really I’m not, especially after the things he was accused of and I feel in my heart, he was involved in some of these hideous crimes. I simply enjoyed his music. In fact the song “Thriller” was my cell phone ring tone for the longest time. Later my cell phone ring tone changed over to the Ghostbusters theme song and later to the X-Files theme song.

To see the documentary I was involved in, go to the link below: 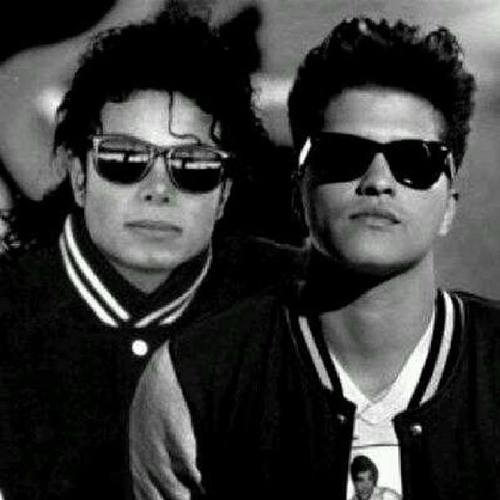 Some parapsychologists believe a walk-in soul can inhabit a body and the original soul will depart. There may be cases like this, but in my research, I discovered that a wandering soul may inhabit a body with the original soul not leaving, that both souls will merge together. I think this is what happened with Michael Jackson’s soul, it merged with Bruno Mars soul. When the merging took place, Bruno Mars took the music industry by storm with hit after hit.

2009 Michael Jackson dies. In 2010, Bruno Mars comes up with the Billboard Hot 100 hits “Just the Way You Are” and “Grenade”. There are so many people that now compare Bruno Mars to being the next King of Pop. To learn more about Walk-In Souls, see link below:
http://www.psychicsuniverse.com/articles/spirituality/living-spiritual-life/walk-ins-what-happens-when

Compare the energy of these two artists, here is Michael Jackson’s Thriller: https://www.youtube.com/watch?v=sOnqjkJTMaA

The energy that both of these artists project is very much the same.

I do believe that Michael and Bruno’s souls merged. Let me know what you think.