Something Wicked; Brittany Murphy’s Final Film Before Death Being Released 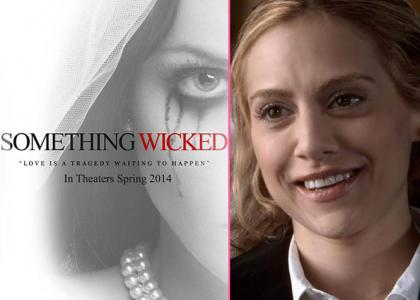 The location was chosen to honor where the psychological thriller was filmed in 2009. The movie will roll out to Regal Cinemas in Portland and Seattle the following weeks, with more theaters to come.

Per the movie’s official Facebook account, “The better we do in theaters, the more cities will be added so we need your help getting the word out. Full press release to be posted shortly. Stay Wicked!”

In a January 2010 interview with TV Guide, VanSanten praised her late co-star. “She had the most infectious personality and it was really great to work with her,” the 28-year-old actress said of Murphy, who died in December 2009. “I was completely shocked when I found out that she passed away.”

“Brittany pulled off one of the spookiest scenes in the movie,” Something Wicked producer and screenwriter Joe Colleran told USA Today in 2011. “There’s an important scene where her character is unraveling and she spent a long time getting ready and focused and went for it. Personally, I think it’s one of the best scenes of her career.”

The Need For Mystery