Costa Rica News – Having worked in Costa Rica for 6 years I have dealt with the terrible internet service that is rampant throughout the country.  Whenever there is a problem and you call about it, the phones are either busy or they will see we know about the problem and it will be fixed soon…..no time period, just that they are working on it. God forbid the internet goes down on a Friday afternoon…..in those cases just go do something else until that evening. 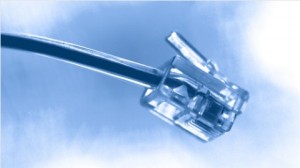 Although the average Internet connection speed has tripled in Costa Rica in the last three years, it is still slower than the average speeds of other Latin American countries.

According to a study by cloud platform provider Akamai, the average Internet connection speed in Costa Rica in the last quarter of 2009 was 0.7 megabytes per second (Mbps), compared to 2.1Mbps last year, which is barely above the 2Mbps target for minimum download speeds.

The average peak connection speed in 2009 was 3.3Mbps.

While those numbers are somewhat good news for the country, the bad news is they aren’t positive enough to rank well among the region’s other countries.

“You have to look at where you’re at, but also where you’ve come from. The year-over-year increases in Costa Rica have been really significant,” said Craig Adams, site leader at Akamai Costa Rica.

“Akamai strongly believes that the Internet is a strategic asset for countries. Everything to do with enabling education, commerce, new business and jobs actually has a correlation to quality of life,” he added.

“Costa Rica has a vibrant technical community, it has a highly educated workforce in technology, there are lots of languages spoken here, and it is a country that is receptive to foreign investment,” Adams said, describing the company’s decision to open a centre here.

According to Costa Rica’s National Broadband Strategy, published by the science, technology and telecommunications ministry, improving broadband access can help boost productivity – especially in the export sector – and quicken the delivery of public services. It also leads to improvements in education, health care services and social inclusion, particularly in rural areas.

Costa Rica has set a goal of 10% access and a minimum speed of 2Mbps by 2014, increasing to 16% by 2016. If that goal is achieved, the country will be well positioned as a leader in the region

From the Gulf Times