Ghosts & the Supernatural – I get some exceptionally strange calls on the paranormal hotline. One of those calls occurred on July 12, 2018 around noon time. A lady who does not want to be identified, I will simply call her Lucy called the paranormal hotline on a restricted line. Lucy says that she was diagnosed with the mental disorder known as schizophrenia. She tells me that she hears voices in her head. Those voices say horrible things and she has strong impulses to do weird things. Lucy goes on to tell me that when she takes her medicine, a sense of normalcy takes place and she is able to function in society. Lucy says now she has another problem. She is haunted by Slender Man. Lucy says that she first read up on Slender Man in Creepypasta. Then she was fascinated with the Slender Man stabbing incident. In case you don’t know what the stabbing incident is, here is a short version of the story.

On May 31, 2014 in Waukesha, Wisconsin, two 12 year old girls named Anissa Weier and Morgan Geyser coaxed their friend Payton Leutner into the woods and viciously stabbed her 19 times. They were trying to get into the good gracious of a fictional character named Slender Man. By sacrificing their friend Payton, Slender Man would reward them with anything they want. Payton survived the attack and crawled to the road, where she was discovered. Miraculously, Payton recovered from her stab wounds after 6 days in emergency care at the hospital. Anissa and Morgan were found not guilty by reason of insanity and will be spending a long period of time in mental health institutions. 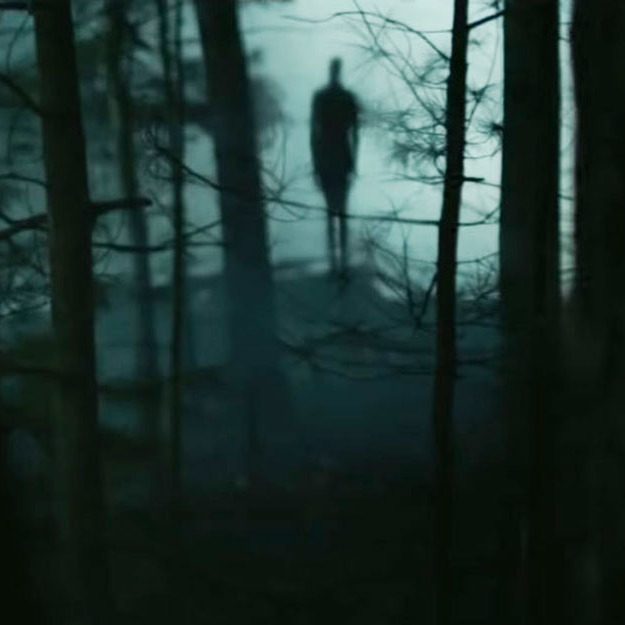 exactly how everyone depicts him to look. He is faceless, he is tall, he is slender with slender hands and fingers, he wears a suit and he has tentacles that at times protrude from his back side. Lucy says that when she told Slender Man that she does not want to hurt people, that Slender Man attacked her. Slender Man cornered Lucy against the wall and his tentacles wrapped around her body. After Slender Man released the tentacles around her body, his long fingers with long fingernails raked against her body leaving horrendous cuts. Lucy says she had claw marks on her body that went from her neck to her stomach.

Lucy says she now has nightmares and visions of hurting random people. I suggested to Lucy that she should consult her doctor and inform him of her thoughts. Lucy promised me that she would let her doctor know about everything. On a sidebar note, something that I did not relate to Lucy is that at times if you think of something so hard in your mind, you can cause what you are thinking to manifest. Case Example. Author and magician Walter B. Gibson thought of his creation the Shadow so much, that he caused this fictional character to manifest in real life. The character The Shadow was actually seen roaming around his house by his guests and nearby neighbors. His friends would describe the entity that they saw and to Walter’s amazement, they were describing The Shadow!

Lucy, on the other hand is a diagnosed schizophrenic and already hears voices in her head, so to mentally create Slender Man in her life should not be a problem. Lucy also tells me that her own mother, that she lives with, saw Slender Man twice in the house. Her mother saw the entity and screamed at the top of her lungs and ran out of the house. Another time Lucy was in the passenger seat of her mother’s car and her mother was driving to the store. As Lucy looked out the car window, she saw Slender Man standing in a corner of a street looking at her. As the car continued down the road, she once again saw Slender Man and as they reached the store, she saw Slender Man peeking around a wall at the store. Slender Man then turned his back to Lucy and disappeared behind the wall. Lucy tells me that on another incident, Slender Man took control of her body and she found herself walking in the middle of the night to her neighbor’s house. Lucy woke up from this sleep walk and she could hear Slender Man tell her to keep walking. Lucy said “NO!” Lucy then noticed she was carrying a screwdriver in her hand and screamed and ran back to her house. Lucy feels Slender man wanted her to hurt her neighbor. On a follow-up call from Lucy that she made on September 14, 2018, she claims she consulted her doctor and the doctor makes frequent check ups with her and has her on different medication. Lucy says that she is no longer being visited by Slender Man.