Sex News – For all of those guys out there that believe its not the size of the boat but the motion of the ocean, sorry but it seems that size really does matter. 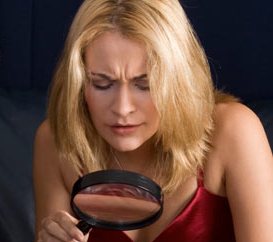 Call it the battle of the bulge — it turns out size does matter in bed.

Scottish psychologists studied the sexual appetites of 323 women and found that most reach orgasm more easily when their lover’s manhood exceeds the average size of 5.8 inches.

“This might be due . . . to greater ability of a longer penis to stimulate the entire length of the vagina and the cervix,” researcher Stuart Brody, a psychologist at the University of West Scotland, told the website Live Science. Brody said the research showed that women who had sex with well-endowed partners had the most vaginal orgasms.

He added, “Male anxiety about penis size may not reflect internalized, culturally arbitrary masculine stereotypes but an accurate appreciation that size matters to many women.”

It seems that the myth that small men have been telling themselves for years id not exactly true.

If this study gets out and into the minds of men there is going to be an extreme case of penis envy with males around the world.

It always mattered Especially after they squeezed out a few babies..