Shit is Flowing From the CR Presidential Palace

Costa Rica News – Well we all knew that the Costa Rican government was full of shit or any government for that matter, but this takes it to the extreme and to the literal level. 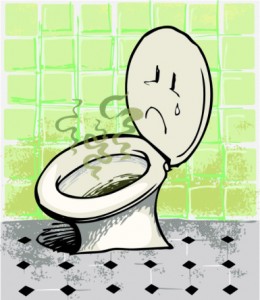 Visits to the Presidential Palace are restricted due to a problem in the black water pipe, forcing even some of the offices to be cleared out because of the stench and sewage problem.

Admission to many public areas have been restricted due to the problem.

The Institute of Aqueducts and Sewers are going to use an electric probe to try to free the pipe.

“It is a tube plugging and unfortunately when the chain is pulled, the water overflows,” said Jorge Protti, communications director of the Presidential Palace.

Protti said restricted the entry of visitors and employees to the affected areas for hygienic purposes.

The provision creates inconvenience to a dozen officials of the Presidency.

“Our  bathroom was the one which began to emanate such material, primarily water and urine, but it let off an awful smell. It has been going on since Friday and affects all of us in the office and the two warehouses where they keep equipment”said Protti.

The media journalists covering the Governing Council yesterday had no access to the press room.

So I guess there was just too much shit coming from the Costa Rican government that it finally clogged up the system.  This can be taken on two levels.