Shipwreck Found Off North Carolina Coast That is Centuries Old

World News – Scientists discovered a previously unknown shipwreck off the North Carolina Coast that may date back to the American Revolution, Duke University said Friday. 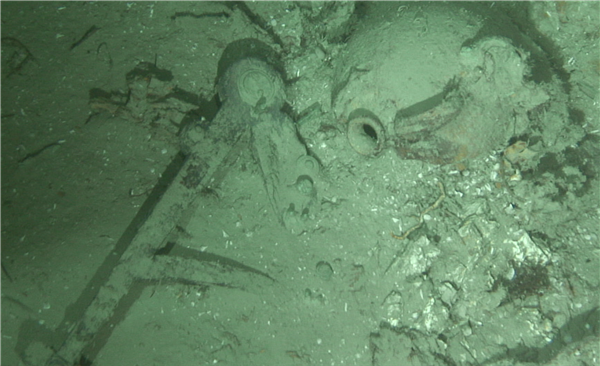 Using sonar and a robotic underwater vehicle, marine scientists from Duke University, North Carolina State University and the University of Oregon stumbled upon the wreck in mile-deep waters on July 12 during a research expedition.

Artifacts discovered in the ship’s wreckage include an iron chain, glass bottles, an unglazed pottery jug, a pile of bricks, a metal compass, and another navigational instrument. The research team determined the artifacts could place the wreckage in the late 18th or early 19th century, during the American Revolution when the U.S. was expanding trade with the rest of the world by sea.

“This is an exciting find, and a vivid reminder that even with major advances in our ability to access and explore the ocean, the deep sea holds its secrets close,” expedition leader Cindy Van Dover, director of the Duke University Marine Laboratory, said in a news release.

Van Dover told the paper she had led four previous expeditions as early as 2012 to the same site and had no idea the wreckage was there.

“It’s ironic to think we were exploring within 100 meters of the wreck site without an inkling it was there,” she said.

The team reported their find to the National Oceanic and Atmospheric Administration’s Marine Heritage Program, which will attempt to date and identify the ship.

By by JILLIAN SEDERHOLM, NBCNews.com

Overtime at Recope Is Worth the Extra Hours

Actress Rachel McAdams Slept with Knife While in Costa Rica