Well it looks like Palmares 2013 is going to be Boombastic! The yearly festival and party has confirmed that the artist Shaggy will be one of the entertainers coming to this festival.  I think it is appropriate since most Ticos are cheaters and are never faithful to their women.  The song It Wasn’t Me should hit home with a lot of them. Lyrics Here. 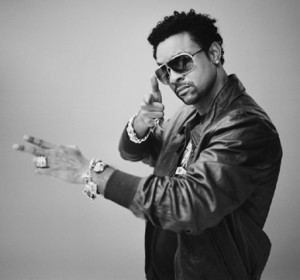 The singer of reggae Shaggy would be part of the Fiestas de Palmares in 2013, according to the list of upcoming concerts published in the official website of the Jamaican-American artist.

The Festivities will begin on January 9, 2013, and will end on Monday the 21st. Shaggy, meanwhile, announced through its website on Sunday January 20 will have a concert in “Imperial Fiestas Palmares”, so it is not known whether the activity is organized by the Civic Association Palmareña or the Brewery Costa Rica.

So far, Palmareña Civic Association has announced two major concerts for the Festival of Palmares 2013: Festival Ranchero (with Maribel Guardia and Joan Sebastian) on January 12, and the Latino Festival (with Fonseca, Prince Royce, Son of Tikizia and Tamela Hedström) on January 13.

All details of the activities that the association plans for this year will be announced tomorrow at a press conference at the Atocha station restaurant.

For all of you that have not been to the festival it is worth going at least once.  The women are dressed skimpy and everyone is drunk.  Oh yeah and there is some pretty good music and events to participate in.

5 Popular Excuses That Are Totally Meaningless