Costa Rica News – An administrative assistant from the Judicial Investigation Organization’s office of reception of complaints in San José offered his alguinaldo and other sums of money to two co-workers in exchange of sex. 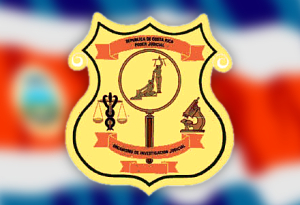 In both cases, the co-workers refused and filed complaints. The Court of the Judicial Inspectorate ordered that he be fired. This penalty was upheld by the Supreme Judicial council as well.

The accounts of sexual harassment were from March to November of 2012. He talked to the women inappropriately and asked them repeatedly to go to a motel. He said to one of them, “¢700.000 is coming my way in alguinaldo, if you want I’ll give it to you and we’ll get lost for a while.”

He also made comments about how he always gets what he wants. He offered one of the ladies ¢100.000 to sleep with him. She told him that she is not a prostitute.

He continued to ask and make comments. He touched their shoulders although they asked that he not touch them. One of the ladies told him she wouldn’t get with him even if he offered all the money he had.

The ladies were humiliated and offended and the workplace harmony that should exist did not. It was a hostile environment that is much better without him.