World Travel News – Last week a friend of mine’s flight from Denver to Costa Rica lost cabin pressure and had to make an emergency landing. Seems that more turbulence has caused more in flight problems. 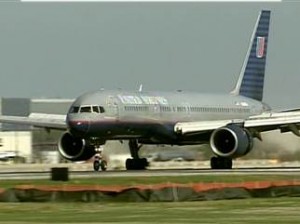 One passenger was taken to the hospital and seven others sustained minor injuries Sunday after a United Airlines flight from Newark to Dublin encountered severe turbulence, the airline said.

United flight 23, a Boeing 757 carrying 129 passengers and 8 crew, landed safely and was met by emergency services and United staff. The passenger taken to hospital was released within a few hours. The seven other injured passengers were treated by medical personnel and released.

The trouble began after the flight began its descent.

Later, the co-pilot added, “It might be as many as six or seven people so might need a couple of ambulances.”

United said the fasten seat belt sign was illuminated at the time.

“Safety of our passengers and crew is our highest priority, and we are conducting a review,” said United in a press statement.