Costa Rica Living – The “interlinea” buses are a lifesaver, taking people from home to work without crossing the gridlocked capital. 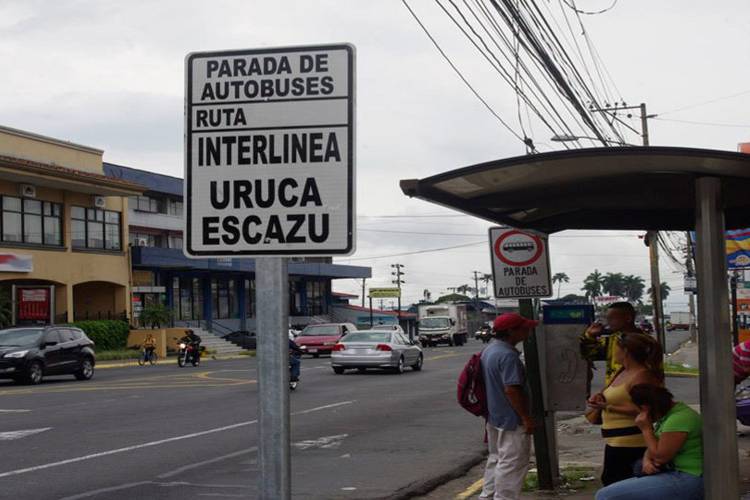 Those who need to get to the other side typically prefer to go around the city rather than through it.

One example is the route from La Valencia to Santa Ana. There are many new interline routes such as Guadalupe-La Valencia and Escazú-Hatillo. In October 2013 La Uruca-Escazú, La Uruca-Guadalupe and Desamparados-Moravia lines opened.These connect heavily populated residential areas with areas offering many jobs, shops and schools.

The typical fare is about ¢350 even though they can travel up to 34 kilometers. That’s a great savings in terms of money as well as time.

If it weren’t for these buses the same passengers would have to take three different buses, walking between each stop and spending a ton of time waiting. The travel time is cut in half, at least!