Save the Christmas Trees!

World News – A rotting pile of thrown-out trees has inspired a new type of “green” Christmas. 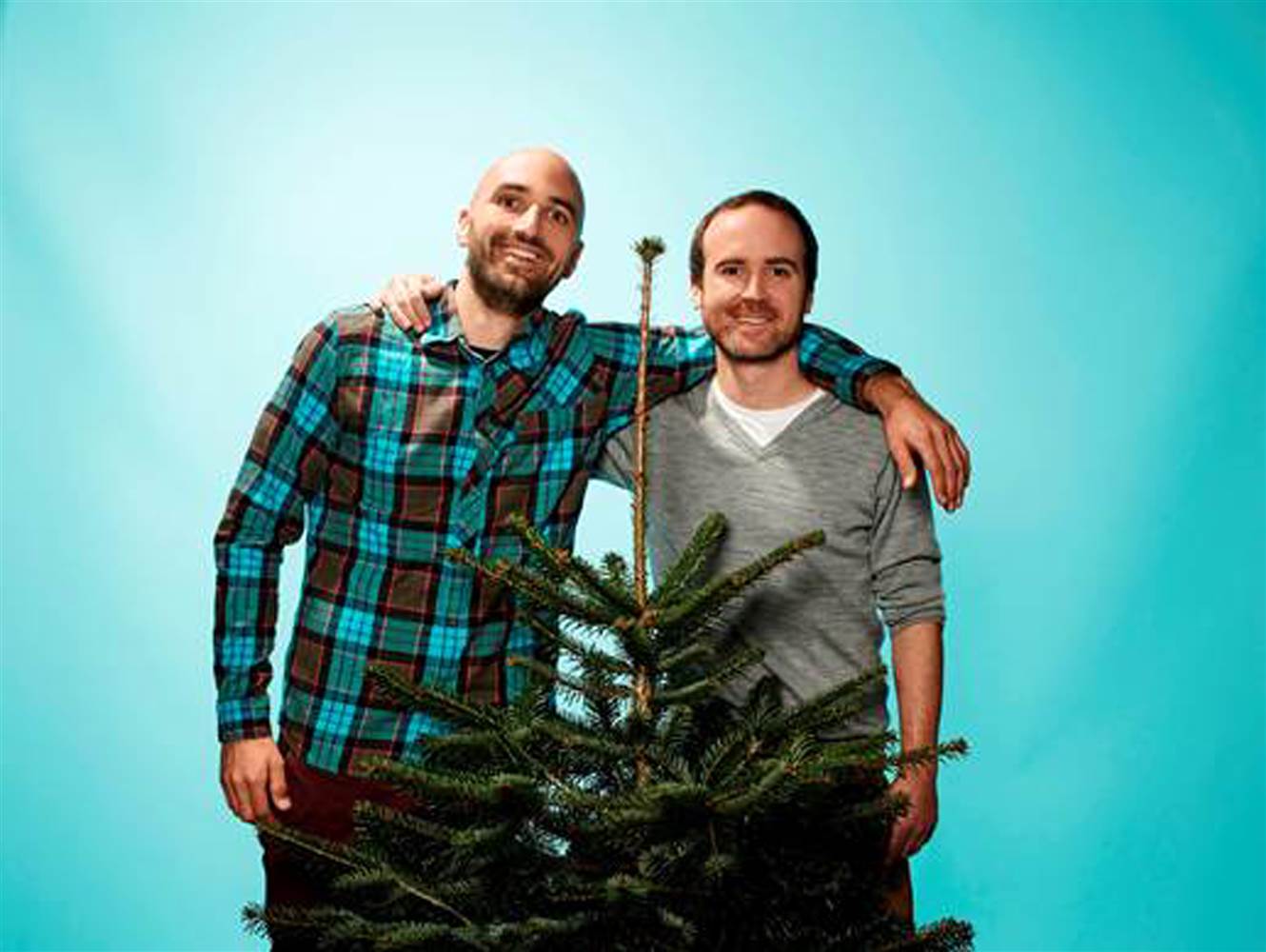 German entrepreneurs Sebastian Schoenfeld, 33, and Jan Wehmeyer, 31, agreed that the discarded relics of Christmas past were a waste after spotting the dumped “tannenbaum” after the 2014 holiday season.

Last year, they launched a firm called Happy Tree — which rents out four different sizes of “sustainable” firs in pots.

“The idea is that Christmas trees no longer have to die, but can be as happy as their human families during the festive season,” company spokesman Sebastian Rabe told NBC News.

The firm started with 400 trees-to-rent in the western German cities of Cologne and Dusseldorf. This holiday season it has expanded to 12 cities and some 3,000 trees.

They come with funny names like Tanneliese, Waldemar, Baumgard and Thorwald. The trees are grown at a farm in the Netherlands and “take the shortest route to the customer in order to minimize carbon dioxide emissions during transport,” Rabe said.

A week before Christmas, the company had run out of the smallest size of trees available to rent. The cost around $70 including delivery and pick-up at the customers’ doorstep and even come with an operating manual.

Happy Tree said that around three-quarters of its Nordmann firs survived the holiday experience last year. “We hope to increase the rate to 90 or even 95 percent in the future,” Rabe added.

According to the Federation of Christmas Tree Growers, more than 23 million trees — predominantly Nordmann fir — are sold in Germany each year.

Martin Rometsch, from the Federation of Christmas Tree Growers in Baden-Wuerttemberg, told NBC News that the country is a world leader in terms of sales per capita.

“We estimate that there are about 2 million homes which even purchase two trees for the holidays,” he said.