Costa Rica News – For all of you whom like to plan ahead, which I do not think is too much of a common trait in Costa Rica due to my last minute cancelled meetings and the inability to get someone to commit to something more than 24 hours ahead of time,  mark your calendars. 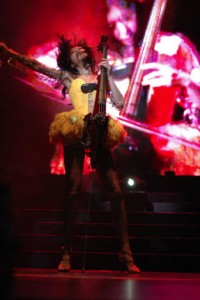 The west of the province of San José is the home of one of the most important cultural events Rican: the National Arts Festival 2013.

The festival will take place in the cantons of Santa Ana and Mora ,  will serve as headquarters and Puriscal, as an invited community.

The news was confirmed yesterday by the National Theatre, which is responsible for producing this program the Ministry of Culture.

Adriana Collado, director of the National Theatre, said the reason they chose these locations are the “major cultural management” that have been made independently for years, and the municipalities of Santa Ana Mora and localities that have benefited surrounding as Puriscal.

“It’s a recognition from the local cultural development,” said the director.

Collado said that currently, the production of the festival is in meetings with links to each of the locations, in order to define the spaces where the festival is held.

He added that it is not known how much budget will this party, to defining the national budget.