Costa Rica News –  While perusing the internet on this topic, I came across only a couple of concerned travelers looking for information on the safety of traveling to Costa Rica with a family. The consensus of the replies on Lonely Planet was that you can go anywhere, and there will be crime. The replies also discussed the overly exaggerated response of the United States Government to move the travel status to ‘high’ for Costa Rican travel. However, when I went to the U.S. Department of State website, there was no travel warning issued for Costa Rica. 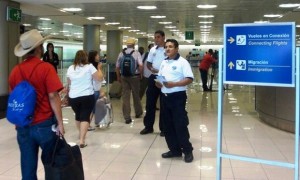 Costa Rica is the safest country in Central America, and the 10th safest out of 37 in the Western hemisphere. Costa Rica is usually compared to having the closest square miles as the U.S. State, West Virginia. They are close, with Costa Rica having 19,730 sq. miles, and West Virginia with 24,230 sq. miles. However, the populations vary by about 3,000,000 people, with Costa Rica having 4,727,000 million people, and West Virginia being home to 1,855,000 million people. In this case, it is not feasible to compare these two in numbers of safety. The higher percentage of people, the more crime you will have.

In 2011, in Costa Rica, there were 459 homicides committed, a significant decrease from the 2010 total of 520 out of a population of over 4.7 million people. There has been a noticeable increase in petty crimes such as “smash and grabs” and random theft. Also, home invasions seem to be increasing. (https://www.osac.gov) There are no known indigenous terrorist organizations operating in country. Compare that to the United States which has 16,295 murders yearly with a population of 315,926,082, but is home to at least 10 major terrorist organizations operating in the country. Homicides are much less in the U.S. overall, but comparing the statistics with certain U.S. cities, there is a higher concentration of homicides overall. For example, Chicago is home to 2,707,000 people; around half of the entire population of Costa Rica, and in 2012 reported 500 homicides. When you compare these numbers, I would rather be in Costa Rica than Chicago.

Of course, there are other forms of crime than just murder. In 2011, there were 10 kidnappings in Costa Rica. The majority of kidnappings committed are a result of feuds between rival criminal organizations. OIJ, Costa Rica’s investigative police, have a 100 percent resolution rate on kidnappings. For years, Costa Rica has been a major transit zone for narcotics due to its geographic location. The absence of a military and a poorly equipped, under manned police service makes it easier for the cartels to operate their illicit trade. In 2011, Costa Rica ranked third in the world in cocaine seizures. About 98 percent of all drug seizures are connected to the Sinaloa Cartel. This cartel originates in Mexico.

Another reason for the increase in some of the crime in Costa Rica is that police response times vary due to the lack of manpower and vehicles. The uniformed police, Fuerza Publica, have between 12,000 and 15,000 officers working in the entire country (there are 13,000 working in Chicago for 2 million less people.) Crime is initially reported to Fuerza Publica and then to the Organismo de Investigacion Judicial (OIJ), (Costa Rica’s investigative police and the organization responsible for investigating all major crimes.)

Some emergency numbers for travelers to be aware of in Costa Rica are:

Tips on How to Avoid Becoming a Victim

Most of these things are common sense but many people seem to leave their brains on the plane when they walk through customs at one of the Costa Rica international airports.

Maintain a low profile. Do not carry large sums of cash or wear flashy clothing and jewelry.

If possible, do not travel alone at after dark, and do not walk in isolated areas at night.

Never leave luggage or other valuables in a parked vehicle.

Park in paid lots whenever possible; if unavailable, park in well-traveled and lighted areas. Always lock vehicle doors and use the anti-theft device and alarm system if the car is so equipped.

When driving, minimize the risk of smash-and-grab robberies. Keep valuable items hidden and if possible, within reach. Valuables left in plain view on the passenger or back seats are easier targets.

Visitors should also ensure that the cab has a working meter.

It is highly advisable that visitors avoid city buses. United States government employees are not permitted to use this medium of public transportation, as city buses are a haven for petty thieves and are often robbed.

Passport theft is a big issue in Costa Rica. Tourists are encouraged to leave passports in hotel safes or other secure locations while visiting. Make a photo copy of the biographical and entry stamp pages in lieu of carrying your passport.

\ Costa Rica is not a dangerous country in which to live.

BS. Look at overall “reported” crimes. 40,000+ for CR(yr). 20,000 for Panama and similar #’s for Nicaragua which have REAL crime investigation systems. 75% of crimes go unreported here because it’s just a complete waste of time.