Ghosts & the Supernatural – The first established settlement in Rough and Ready was made in the fall of 1849 by a mining company from Wisconsin known as the Rough and Ready Company. Their leader, Captain A. A. Townsend, named the company after General Zachary Taylor (nicknamed “Old Rough and Ready”) who had recently been elected the 12th President of the United States. Captain Townsend had served under Taylor when he commanded the American Forces during the U.S.-Mexican War. California had three towns so named of which this one survives. 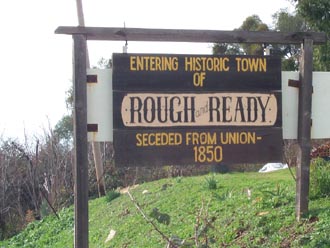 The town declared its secession from the Union as “the Great Republic of Rough and Ready” in 1850, largely to avoid mining taxes, but voted to rejoin the Union the following year. The old republic is celebrated annually as a way to attract tourism.

The post office at Rough and Ready was established by February 1851.

The post office was closed for a time in 1855, again for a time in 1913, and again from 1942 to 1948. What little is left of the town is located on State Route 20, west of the Grass Valley junction at State Route 49. Among the oldest buildings are the blacksmith shop (1850s), the Odd Fellows Hall (1854), and the Old Toll House. The town of Rough and Ready is honored as a California Historical Landmark.

The New York City-based music duo The Great Republic of Rough and Ready takes its name from the town. The syndicated western television series, Death Valley Days told the story of Rough and Ready in the 1965 episode “Birthright”. In the story line, President Zachary Taylor levied a tax on California mines in California. Opponents declared “taxation without representation” and led by a prominent businessman named Bundage (R. G. Armstrong), decide to secede from the United States. Jason Evers was cast as Dan Hardy, who guides the community back into the federal Union.”

WHAT HAPPENED DURING THE INVESTIGATION:
Deanna went into the grandson’s bedroom and heard a demonic male voice in her ear.

There is a collage of family members in one picture frame. Kim took pictures of this collage and obtained orbs coming out of the picture. When I conducted an EVP session, I obtained a male disembodied spirit saying “I’m here”.

Someone saw a shadow moving in the grandson’s bedroom.

Bonnie started receiving a multitude of body chills throughout the house.

Orb pictures were captured. I could not prove that any of the orbs had intelligent movement. Orb photos were inconclusive.

Elaina received a burning sensation on her back and when she lifted her shirt, she had 3 scratch marks that appeared on the back of her spine.

Deanna walked into another bedroom and heard voices in the room. When she was hearing these voices, the chain on her purse was moving in another room. The chain moving on the purse was witnessed by Trenton. 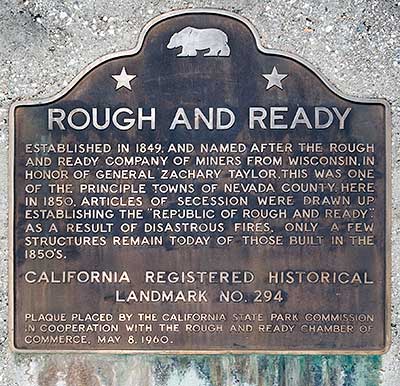 Deanna sensed 3 entities, a man, a woman and something darker, something possibly demonic.

Kim walked into one room and felt two hands on her shoulders.

Trenton was talking to Deanna in one room and they both felt a swift cold breeze go between them.

Taylor during the investigation in the grandson’s room, felt a sharp pain on her chest and when Deanna and I walked away from the room, the sharp pain stopped.

Strange anomalies were captured on the photos – strange shadow anomalies.

The family feels that there may be a portal in the pool room and a doll in one of the bedrooms may have some strange energy attached to it. They will find one of the doll’s shoes in the middle of the floor or the doll will seem like it moved.

Flying from Germany to Costa Rica is Going to Get Easier