Costa Rica News – For Rich Aucoin, 2017 is off to a not-so-stellar start. On January 9, while vacationing in Costa Rica, the singer-producer’s car was broken into in broad daylight while parked on a beach. Nearly everything inside was stolen, including his laptop computer containing material for his next album. 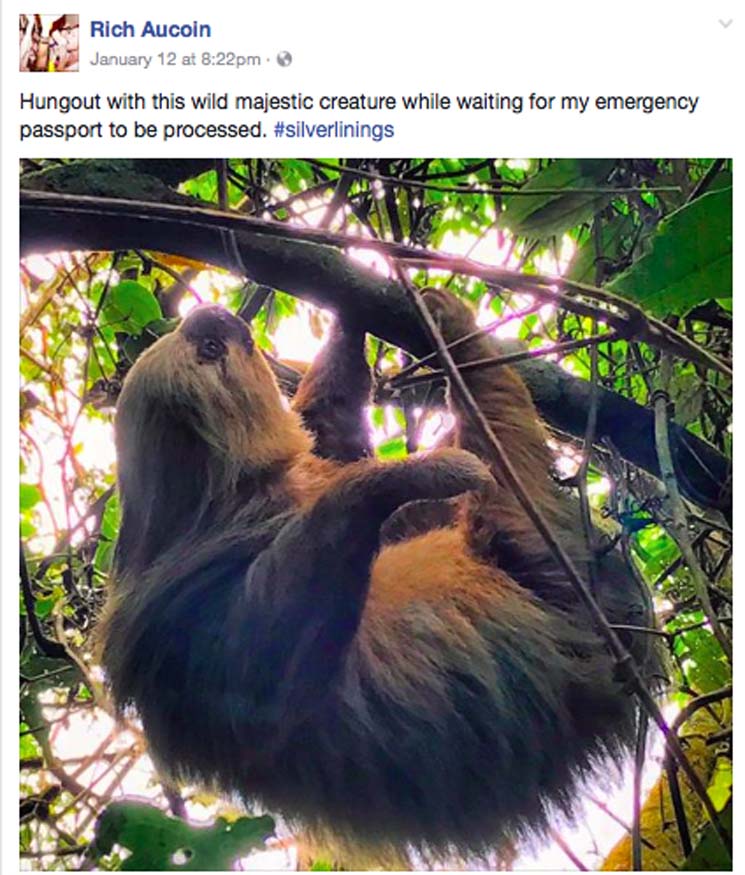 “After watching some baby turtles make their first steps into the ocean and warding off a few vultures from them, I was approached by a woman who looked like she was on a guided tour,” Aucoin tells Exclaim! “She broke away from the tour several minutes after arriving at the beach and said ‘Are you the car with the surfboards? You know you got robbed, right?’ I was running full-tilt to the car where I found the back window broken and all the luggage in the car stolen.”

Of the most valuable items taken were the laptop and his passport.

“Luckily, a pamphlet for an animal sanctuary happened to be covering my wallet, which made the next couple days of logistics easier.”

Aucoin made it back to Halifax, NS, on January 13 — after the painstaking process of obtaining an emergency passport — and is now trying to piece together what he lost from new recordings.

“Yeah, [it’s a] super bummer,” he says. “[I] just made it back to Halifax and am going through back-up hard drives now to see what I still have.”

The album has one song completed so far; Aucoin is travelling to Toronto to record two more. All other tracks, he said, are in demo form.

“It’s a weird circumstance actually. I think I’ve backed up stuff until October, and I think I’ve got a few songs in multiple places, but I’ve lost a bunch of little ideas since October, which doesn’t sound like much, but all those tinkering sessions then lead to the bigger things.

“The irony is that the [stolen] sessions are so small and it’d be easy to back them up to a cloud, but I didn’t think they were that important until I lost them, and now I’m thinking back to them and trying to get to my instruments to see what I can remember.”

Aucoin said he plans to have the album finished by April and hopes the material lost in the robbery doesn’t prolong its completion. His last album, Ephemeral, came out in 2014 on Bonsound.

“This has been such a fun trip marred by such a gutting experience,” he wrote on Facebook. “I love Costa Rica and encourage people to visit this sweet place, but don’t let your guard down.”

However, despite having a dreamscape vacation turn into a logistical and proprietorial nightmare, it hasn’t dampened his sunny spirits. In fact, Aucoin hopes it was at least a thrill for those who robbed him.

“I realize how lucky I am, and even though this is a really bummer thing to have happened, I’ll move on and it’ll be OK. I’ve been enjoying the thought of that moment of excitement the thieves must have experienced when they opened my bag to find a laptop. I hope there were some high-fives and smiles.”