Regarding Sea Monsters and Simple Acts of Kindness 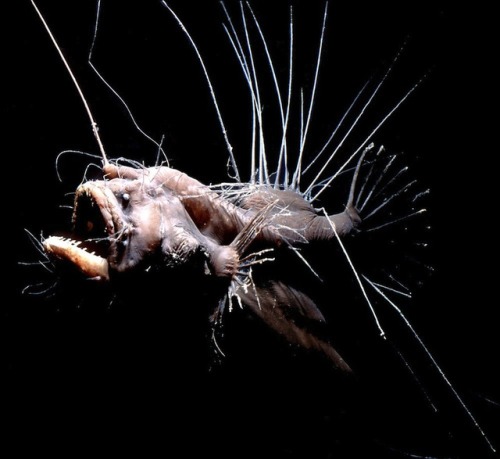 Is beauty man-made? Certainly a painting or a building can be beautiful, but there is a clear distinction between a ‘thing of beauty,’ and the beauty of nature.

I maintain that there is no ugliness in nature, only in man. Further, that with respect to nature, beauty is not in the eye of the beholder, as the cliché goes, but in perception without preconception.

Does that principle apply even to a creature such as the Black Seadevil, also called anglerfish, one of the scariest-looking, freakiest creatures of the deep?

This strange and elusive creature was recently videotaped at depth for the first time off the coast of California. It has a huge, gaping mouth full of pointed teeth, permanently open like a hideous grin. It lures prey with something that looks like a fishing pole attached to its head with a luminous bulb on top.

Its very name, Black Seadevil, confirms that anthropomorphism, the overwhelming tendency of humans to project their own traits onto animals, is at work here. Bruce Robison, Monterey Bay Aquarium Research Institute senior scientist said, “I think it’s beautiful. It’s perfectly adapted to the habitat that it lives in and the kind of life it leads.” And if you watch the video of it swimming, and can look beyond preconceptions of beauty and ugliness, you can see what he means.

What then makes man ugly? Is it that we fit nowhere as a species, when all other animals fit into a niche? That’s part of it, but I think it’s mainly because humans have the capacity for compassion, but have produced a world of so much violence and suffering.

It’s dusk on a damp, chilly, overcast day, and I need to get out of the house before dark. I pull on a windbreaker over a sweatshirt, don a helmet, turn on the blinking light and jump on the bike.

I’m not a serious cyclist, but since a car clipped a friend a couple years ago, shattering his hip and his helmet on the pavement I take cars seriously. (His hip was replaced and his noggin was saved.)

It’s amazing how many people drive close to cyclists. The bigger the truck or SUV, the closer they seem to come. Mostly it’s inattention and habit, but sometimes you get a whooshing whiff of their misery. Confined in their vehicles and sucked into a vortex they don’t even know exists, they resent the foreign species on their bikes, pedaling around as free as birds.

I take to the big loop out into the fields, which are shrinking faster than California’s aquifers in the drought. After carefully crossing the high-speed trunk road, I relax on a thin strip of asphalt traversed only by two-wheeled, non-motorized vehicles.

I want to see if the creek that used to form the perimeter of the town is running again after a welcome, all-night rain in the last few days, and drop down off the paved bike path onto the dirt path to the channel. 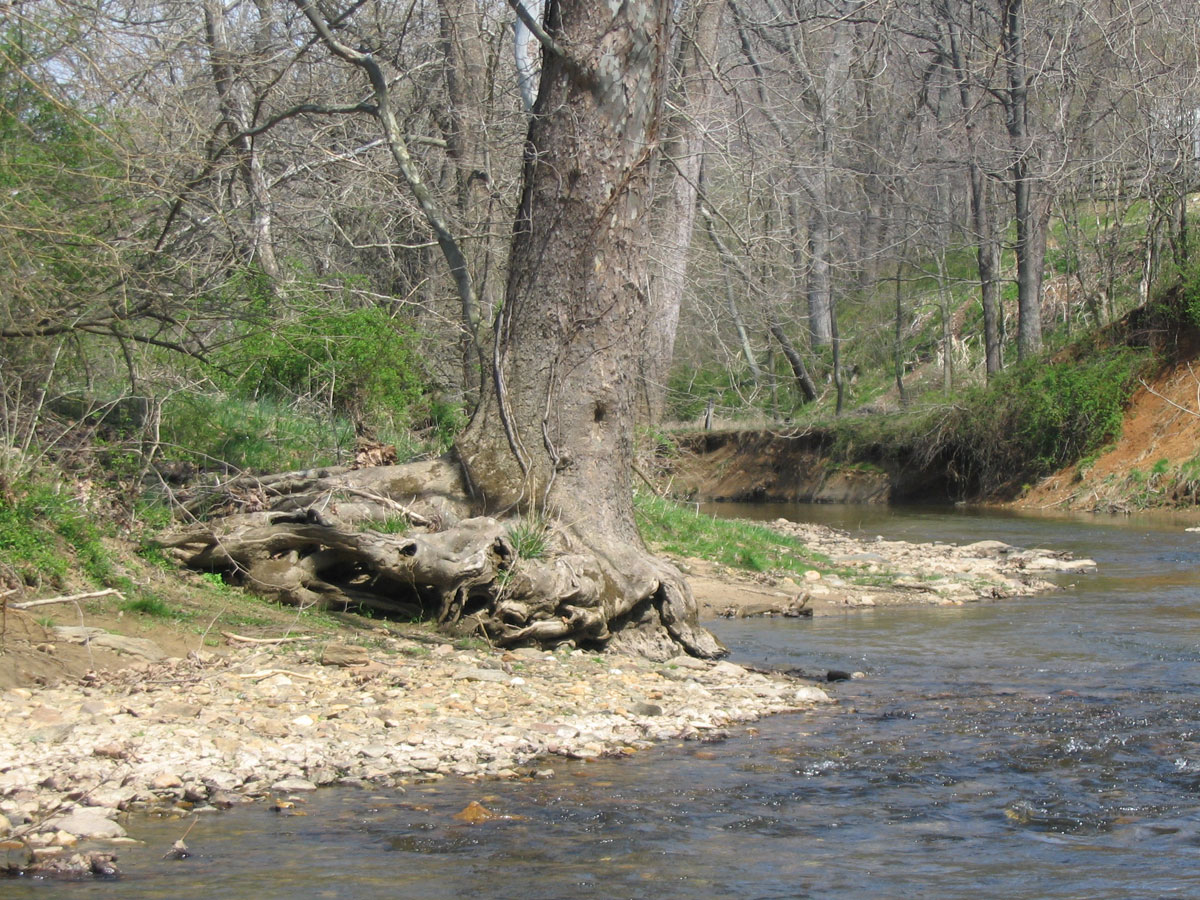 and losing one large branch a year), I’m glad to see the stream is running. Then I hear a ripping sound from the thick underbrush across the creek.

Standing on the bank 75 meters from the paved path, I feel a sense of gloom and sorrow, but my curiosity gets the better of me. I find myself calling out, ‘hello, is anyone there?’ Someone has made a rock and dirt path across the creek, and big sheets of plywood lie on this side going down to it. A young man emerges.

I ask if he’s camping here and he warily replies yes. Suspicions on both sides are eased by a few more words; he crosses over the little dirt bridge, and we stand on the bank and talk.

It’s been near freezing the last few nights, and more rain is due tonight. My writer’s curiosity begins to be eclipsed by pity as we talk about a recently completed monstrosity that sits in the middle of the field in the failing light. “A jail?” he asks. In part, no doubt, I reply; it’s the new city hall.

We shake hands and introduce ourselves. His name is Hack, and he gives me the short version of his story, without a hint of self-pity. He’s only going to stay there a week, he says, until he meets up with friends. Homeless men all seem to have a version of that line.

With the nearest road nearly half mile away, I comment that he’s probably picked the best spot in the entire town. He tells me of another area, “wall to wall with bums.” In this area he’s seen few people, only some kid screwing a girl against a tree, and a few others smoking pot, which he relates with complete nonchalance.

I ask if he’s seen any of the falcons that used to frequent this area, called kites, which flutter in place before gently falling to the ground. He says he has before, but none recently, though he did see a bald eagle he thinks.

My warm house with its fireplace seems like another planet from his world. I ask how he’s fixed for food. He demurs, mumbling something about managing. My hands are in my jacket pocket, and a $25 Starbucks gift card I recently received suddenly seems heavy and light at the same time.

I think there are seven Starbucks in this college town of 100,000 now, and the closest one is about a mile away. I’ve never bought any food there, but they have breakfast wraps and other things. He looks at the card in the last light of a bleak day, and quietly says, “Are you sure?”

We talk another couple minutes, and as I start up to the bike path I say, the place is open till 9. “Oh, I’m going as soon as I finish here,” he replies enthusiastically.

It begins drizzling about 11, and is raining steadily at midnight. As the rain patters on the roof, I hear the ripping plastic from a few hours before. Turning into my warm bed, I hope one of Howard Shultz’s $5 cappuccinos helps Hack get through the night.