Today is the day that most people in the West celebrate the birth of a baby that was chosen by God and announced by angels before he was conceived, and conceived without sex, only to be nailed to a cross at the height of his powers. No wonder so many people nowadays believe Jesus never existed. 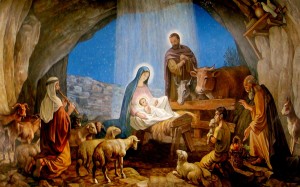 Seen as an opportunity to bring cheer to the shortest days of the year, not to mention a culture that inspires far more numbness than joy, Christmas makes a modicum of sense. Seen as a choice between fostering childhood illusion, fostering consumeristic buying, and fostering ‘bah, humbug’ bitterness, Christmas makes no sense at all.

Historians say that Jesus was actually born in the spring five or six years before the calendar that begins the year of his alleged birth. But let’s not quibble. We’ve got bigger fish to fry, and multiply.

A story about Jesus, which is too shocking not to be true, shows that he lived in a culture like this one. A man heard him speak and said he wanted to follow him. Jesus told him to come with him then. The man said he had to go back to his village and bury a relative. Jesus responded: “Let the dead bury their dead.”

Whether the world was better off with the last dope of a pope, or the present media darling, I don’t know. But in either case the Catholic Church has nothing to do with Jesus’ failed mission to transform the human heart.

That’s true even if we don’t consider, though we must never forget, the decades (centuries?) of priests molesting boys and girls, and the Vatican criminally relocating them and covering up their egregious crimes.  Spiritually speaking, the Catholic Church, which is a corporation and not a person (despite the fact that the US Supreme Court ridiculously ruled that corporations are people too), can never be forgiven for that.

Christianity turns on the question of whether Jesus succeeded or failed in his mission. The great falsehood at the heart of Western civilization is that he succeeded, that he was sent and meant to die on the cross “for our sins.”

Is it possible to find out the truth of the matter? Is it all a matter of opinion, or worse, belief? Is this a Christian issue, or does it have great implications for humankind as a whole?

Beliefs and theologies impede us from discovering spiritual truths and rekindling the ‘divine spark’ within each of us. Beliefs are emotionally held constructs that inevitably divide. Theologies are elaborate intellectual systems that inevitably obscure.

Jesus did not “die for our sins;” he died because of the power structures and willful blindness of the people of his time. Facing extinction, his followers created a cult of martyrdom after his mission failed. 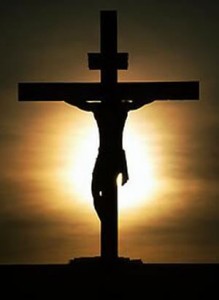 What was Jesus’ mission? As a contemplative more than a philosopher, born and conditioned into the Catholic tradition (though I am no longer a Catholic or Christian), I’m sure that Jesus’ core intent was to radically change people’s hearts. In this he obviously failed, though of course the failure belongs the people of his time, not to him.

The idea that Jesus was uniquely special, much less that he was the one and only ‘Son of God’ would be blasphemy to his mind. All true religious teachers teach essentially the same truths, and the male-dominated and hierarchical institutions of Catholicism and Protestantism miss the mark by a mile.

Looking into these things with a quiet mind, one feels, beyond the personal, a deep well of human sorrow. It’s the inescapable sorrow of the human past and present that goes beyond the chasm between Muslims and Christians at the present time, but which includes that pointless division.

Nearing the full-flowing creek on the dirt path that parallels the creek, I scare up a male mallard, which takes off a few feet in front of me. A female, brown-feathered and camouflaged next to the bank, takes off a few seconds later.

The air is mild, though a jacket is still needed while sitting under a large sycamore. Passive observation takes hold, and the mind falls essentially quiet. A deepening insight takes root: There is no duality, no outer separate from the inner. There is only the inner expanding outward.

With a growing state of insight comes the realization that there is no deity apart from the material world, and that cosmic intelligence cannot and does not act on us, only through us.

None of the nonsense of religions has anything to do with genuine religiosity. For holiness to flow, much less flower within one, one has to leave religions and traditions far behind. The mind-as-thought must fall completely quiet, allowing one to transmute sorrow into compassion.

The work of human transmutation requires others, but the sacred can only come to the human being standing completely alone.