Costa Rica News – For all of those people that did not heed my advice and wait to cross the border until after the holidays you were likely stuck in long lines if you were going to Nicaragua these holidays. 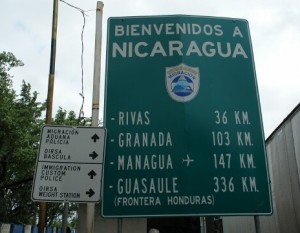 Thousands of Nicaraguans crossed back to their country and  broke the record immigration from the  22nd to the 23rd of December at the border crossing of Peñas Blancas, La Cruz, Guanacaste.

According to data from the Directorate of Immigration, in only two days  26,409 crossed the border almost 50% more than in 2011, when there was a return of 17,834 foreigners to Nicaragua in those two days.

Freddy Montero, acting director of Migration, said they had “never had this much traffic” on the days before Christmas.

The chief said that besides proper celebrations of the time, a reason for so much movement of people this year due to “transients Migration Act, which began in May and ended on 17 November, which allowed Nicaraguans to legalize their immigration status. ”

Among those who could update his tenure, there were those with foreign roots for at least five years or had come to Costa Rica as minors, even if they had no records of their income.

Laws also gave a pass to seniors and those with expired visas.

Only in Costa Rica for Week of Dec 24th

Christmas #1 Day for Cheaters to Get Caught Texting