Costa Rica News – They say we all have a twin out there somewhere and that may apply even to Muppets. 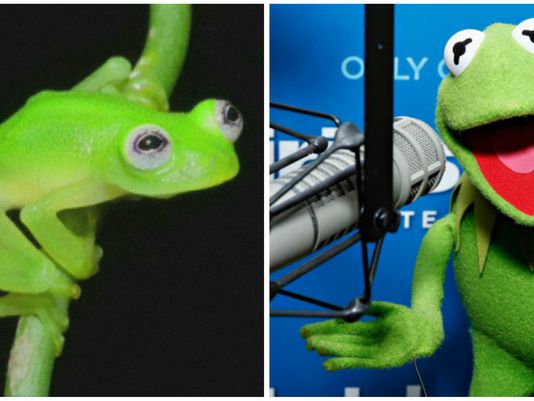 A new species of glass frog with translucent skin and eyes that look like Kermit the frog’s has been discovered in Costa Rica.

Scientist Brian Kubicki, who discovered the species, said the tiny glass-frog specimen is very delicate and its presence in Costa Rica’s southern Talamanca mountains means its ecosystem is in good health.

Glass frogs are only found in certain parts of Central and South America.

They are characterized by their translucent skin that allows you to see their organs.

Kubicki says the new species was clearly different due to its coloring, skin texture and the distinctive sound of its call.

Six specimens have been found so far.

Oskar Groening the “Accountant of Auschwitz” to Go to Trial of 300,000 Counts (Video)

BusMaps; Making it Easy to Get Around Costa Rica by Bus