San Jose, Costa Rica – Disorders in rainfall caused by climate change are bringing the country to doubt hydropower as the basis for supplying electricity for Costa Rica. The concern prompted the government to ask the Costa Rican Electricity Institute (ICE) to conduct a study to determine the effect of present and future variability in rainfall on electricity production. 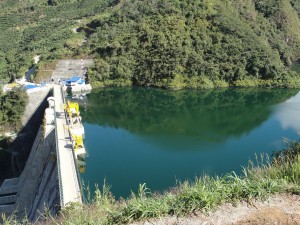 In this high-level committee included among others, The Minister of Environment, Energy and Telecommunications, René Castro, the chief executive of ICE, Teofilo de la Torre, and the president of the Costa Rican Oil Refinery (Recope), Jorge Villalobos.

Minister Rene Castro said that climate change in Costa Rica and the world is affecting areas such as hydrology.

“What I want is to have a formal study and then do in-depth discussion,” said Castro.

Therefore, the country burned more diesel  to meet the lack of hydroelectric production.

The analysis commissioned by ICE and whose funding could come from the Interamerican Development Bank (IDB), in to determine whether the energy-based geothermal volcanic gas, could become the basis of energy supply.

Geothermal energy has the advantage of being continuous throughout the year.

Furthermore, less polluting and up to 10 times cheaper than that produced with hydrocarbons.

Your plants totaling 200 MW today and it is considered that the full potential of the country may exceed 800 MW. 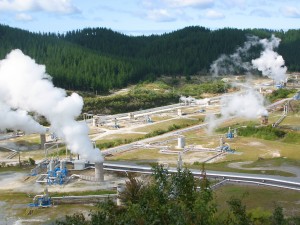 There would be 600 MW that are not exploited, but have the limitation of being in protected areas .

Gilbert de la Cruz, director of the National Electrical ICE Planning, explained that geothermal energy is strong and has fewer emissions of greenhouse gases, so the country should not miss.

“Now that this source arrives to replace the entire hydroelectric generation is a topic that gets it done. I would not say that we can get to that, “the official said.

In his opinion, there is still no evidence of the effect of climate change on hydropower. Things are more marked extremes: very dry periods or heavy rainfall and flooding, he said.

Walter Vergara, head of the Division of Change and Sustainability Climativo IDB, confirmed the interest of that entity to support studies on the impact of climate change in generation.

“It’s the right time to conduct a long-term planning and make decisions to increase the resistance of the generation system to the impacts of climate change,” he added.