There are so many spiritual teachers now, mostly of a Buddhist or New Age stripe (it’s become difficult to tell the difference) that it’s contrarian to use the word religious. Despite all the talk about religious ‘diversity,’ what passes for inner insight has become extraordinarily homogeneous in North America. 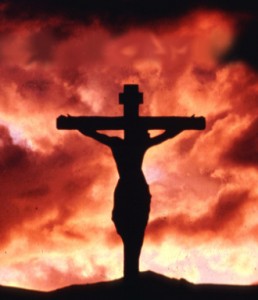 Even Christians have begun spouting such poppycock as, “darkness and light are the same thing.” That’s from a New Age aficionado who went on to say, “I’m a teacher; I’m not seeking anymore.” Pity her poor pupils.

Before unpacking these doozies, uttered with complete certainty and confidence, I want to comment on a larger trend. Lately I’ve noticed that New Age thought, Buddhist tradition and Christian revisionism have merged into a single stream, a murky, mushy current of ‘spiritual’ whitewashing.

In recent weeks I’ve talked with a non-church affiliated ordained minister, a long-time retreat owner, and a Buddhist teacher. Though representing very different faiths, they evinced a disturbing sameness of thinking about spiritual matters, while at the same time espousing a devotion to diversity!

I was quite surprised to find such sentimental spirituality in America’s heartland. All three sound-alike women weren’t denizens of Marin County in California, but hail from the formerly insular peninsular of Michigan.

One, a woman of 70 who had no religious upbringing but became devoutly Christian for twenty years beginning in her early 20’s, was the most ecumenical in her views. Like most virtues, ecumenism becomes a vice when carried too far. In her case by defending the Catholic Church and lumping all religions into one feel-good tent, where everyone “surrenders to faith and trusts in the holy whole of divine reality.”

This thoughtful woman is a follower of Richard Rohr, a practicing Franciscan priest in Albuquerque, “despite his subversive interpretation of scripture and the spiritual life.” She claimed he’s “calling people to create new wineskins for the new wine of understanding to influence the greater church’s transformation.”

“The greater church’s transformation” refers not only to the Catholic Church, but also to a metaphorical church that’s as inclusive as New Age Christians imagine it to be. It’s quite extraordinary really, this devotion by many seemingly spiritual people to preserving institutions to which they don’t even belong.

Two questions cry out for clarity. First, why do so many people continue to make the wineskins more important than the wine? Second, do we need ‘containers’ at all anymore, or are hollow religious institutions an

impediment to awareness of the sacred?

With regard to the New Age ‘teacher’ who said, “Darkness and light are the same thing,” that kind of thinking is actually irreligious. Not because it violates any belief system, but because it denies darkness, and solipsistically whitewashes the world and the collective consciousness we’re all caught in, short of irrevocably leaving the stream.

To be religious (spiritual if you like) doesn’t mean plastering over differences and denying the exponential growth of darkness that’s snuffing out the flame of life in so many hearts. Nor does it mean fostering a false inclusiveness, in the vain hope that people will come to feel that we’re all one under the sun.

It means seeing oneself and the world as they are, and questioning every day to awaken insight and understanding in the present. Even realized human beings continue to question alone and together. The idea that with full awakening, a teacher ceases questioning, attests to the power of the image of a teacher over the actuality of teaching.

There’s a big difference between seeking and questioning. Seeking implies a spiritual goal, attained either through one’s own exertions or through following a teacher. There is no such thing, and ideas and images of what it means to be spiritual prevent insight, awakening and realization.

Questioning, on the other hand, is an approach and orientation to life, a sustaining of rightful doubt, a willingness and openness to continuous learning. 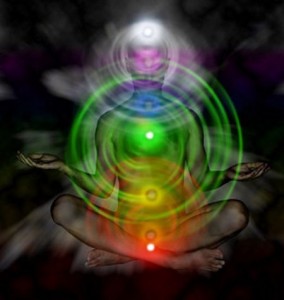 To be sure, there are moments and timeless periods when all questioning ceases, when the mind is completely, reverentially still. During states of complete negation, the emptiness and silence that are the ground of all existence and being infuse one so deeply that there is nothing but awareness.

But that is not a permanent state; in fact, it’s new each time it occurs. Therefore as long as one is alive at least, questioning is essential, even, I’m quite sure, after the breakthrough of illumination. So beware of false teachers that say or imply, ‘I’ve found the answer; I don’t need to question anymore.’ No true teacher ever says or implies that.

A covey of quail (I counted eight) cautiously make their way down the bank for a drink from the stream. They look plump and healthy, and are a mix of males (with the characteristic funny black plumage curving over their heads) and females.

Given their slow and hesitant march, it takes them a few minutes to traverse the short distance through the brush and down the low bank. They remain close together before and after they take a drink. A little later I hear them chattering away in the thick underbrush.

The first half of the hour-long sitting is somewhat lackadaisical—enjoying the light and shadow, the gentle current flowing by, and the birds in the vicinity. People occasionally walk by on the path behind me, and a few give a friendly greeting when I turn and wave.

After a stretching break, the seriousness and urgency of things is felt, and new insights come. As the mind falls silent and one feels the renewing wholeness of life, an insight into a question I’ve asked for some time spontaneously arises.

For a while I’ve wondered, when did the work of human transmutation begin? There was the insight, now held tentatively, that it began with the first human being that had an insight into consciousness, and transcended their conditioning, perhaps 100,000 years ago more or less. That human being lives within all self-knowing and questioning human being today.

Do I Need to Speak Spanish to Teach in CR?