World News – How will the cyclists be protected from terror attacks during the 2,200 mile Tour de France? 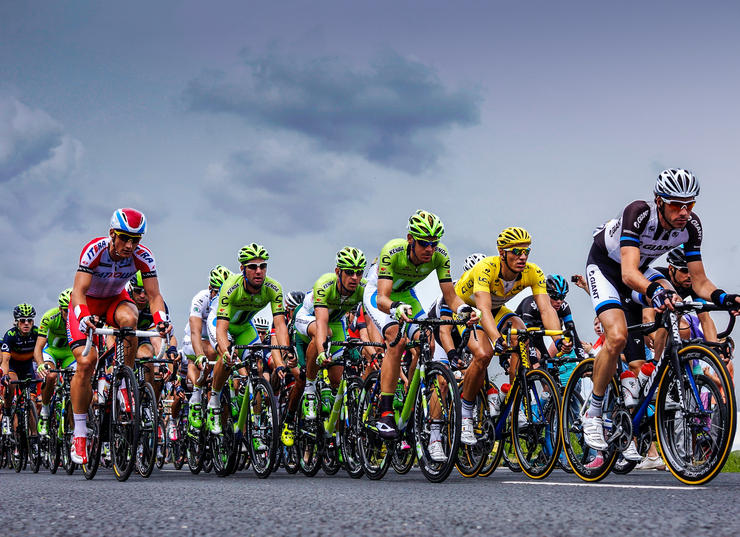 Elite special-forces units will deploy alongside 23,000 police officers at this summer’s Tour de France as France grapples with an ongoing terror threat.

Interior Minister Bernard Cazeneuve announced Tuesday that France’s elite GIGN would “support the Tour de France throughout the competition and be ready to intervene at any moment” to protect cyclists and spectators.

The GIGN specializes in counter terrorism and is similar to America’s SWAT teams. It was not clear how and where the elite officers would be deployed for apparently the first time along the Tour’s 2,247 mile route.

The race’s “unprecedented” security measures will also include 23,000 police officers and 50 motorcyclists from France’s Republican Guard, Cazeneuve said in a speech after meeting Tour organizers.

France has been under a state of emergency since the second of two terror attacks hit Paris last year. The country’s spy chief told lawmakers last week that spooks were aware ISIS is planning more attacks — “and that France is clearly a target.”

The Tour de France is one of the largest sporting events in the world, with upward of 10 million spectators lining the roads each year and television coverage in 190 countries.

The event became popular in the U.S. after the now-disgraced cyclist Lance Armstrong won a record seven consecutive times. All these medals were stripped in 2012 after his systematic doping regime was exposed.

NBC Sports: ‘Fearless’ Lance Armstrong Sees Himself as a Winner

British rider Chris Froome, a two-time champion, is favored to win again this year. Tejay van Garderen, a 27-year-old born in Tacoma, Washington, represents America’s best chance of success, although he is considered an outside bet.

News of the Tour’s beefed-up security came a day after officials admitted failures during a trial-run of policing for Euro 2016, a quadrennial soccer tournament also being held in France this summer.

The sprawling race course is the equivalent distance from Los Angeles to Washington, D.C. Large crowds gather in even the remotest sections of the French countryside, often with no barriers between the fans and riders.

So how will officials keep the event safe?

“It’s very difficult, is the simple answer,” according to Raffaello Pantucci, a security expert at the Royal United Services Institute, a London-based think tank. “But what I would suggest is that they can focus on certain locations in particular.”

Pantucci used the example of 2012’s Boston Bombing. “The bombers targeted the finish line, which was the most crowded place,” he said.

When it comes to more remote locations — such as the race’s annual slog through the Alpes and Pyrenees mountain ranges — officials may rely on community policing and spectator vigilance.

“You get the message of the potential risks out to the broad community so they are aware,” Pantucci said.