Sports News – Well it is a lot of sports fans favorite time of year, March Madness.  People are going to their favorite bars to get in their bracket challenge or starting their office pools. It is the time of year where you print out 4 to 10 brackets and make your picks and watch as the March Madness tournament unfolds.  Who will be this year’s Cinderella Team? 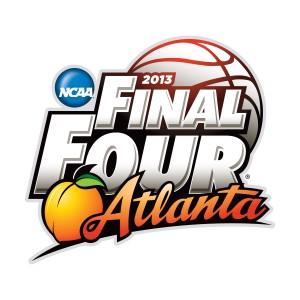 We went through the bracket and have made our choices.  Although this has been a season of tight losses for some of the favorites, the big boys will meet in Atlanta. Lets break down our choices. If you want to bet on March Madness their is a link at the end of this article for a free $100 account no strings atached.

Midwest – Louisville looked really strong cruising through the Big East tournament, especially handily beating a strong Syracuse team in the finals.  We expect the sweet 16 teams in this bracket to hold serve except for 1.  Our sweet 16 picks for the Midwest are Duke, Louisville, Michigan State, and the Cinderella #4 St. Louis.  St. Louis has played at its opponents levels all season and although they will be tested by new Mexico State and Oklahoma State, but both are winnable games.  However their run will end there as Duke and Louisville will face off to head to Atlanta…..Louisville winning a high scoring affair. Midwest Representative in the Final 4 in Atlanta – Louisville

South – This is another bracket where we see the top teams protecting their seeds and moving far in the March Madness tournament.  After a couple of small first round upsets the top seeds show their power and all make the sweet 16.  Kansas, Michigan, Florida, and Georgetown. When these teams face off in Arlington it will be too much playing so far from home for Georgetown and Kansas will roll Michigan.  Bill Self will use his coaching genius to out duel Billy Donovan and take Kansas back to the final 4. South Representative in the Final 4 in Atlanta – Kansas

West – The higher seeds look good in this section as well.  However we are not choosing the top four seeds to get to the sweet 16.  Although Kansas State is playing well, Wisconsin will beat them with tough defense and advance to play Gonzaga. Ohio State will also have a tough match up as the University of New Mexico makes it 2 teams from its state in the last 16 teams.  Sweet 16 Ohio State, New Mexico, Wisconsin, and Gonzaga.  Wisconsin and Ohio State will face off as a repeat of the Big 10 championship to head to Atlanta with Ohio State winning again. West Representative in the Final 4 in Atlanta – Ohio State

East – Another bracket and again a few early upsets but not for the top seeds.  Syracuse is going to have a tough second round match up against the #12 seed Cal in San Jose but will squeak it out and that win will take them back to the East coast to meet Indiana in the Sweet 16.  On the other side of the bracket Marquette will face off against Miami in an area of the country they are used to playing in the Big East.  Sweet 16 Miami, Marquette, Indiana, Syracuse.  Marquette and Syracuse will face off to head to Atlanta with Syracuse wining another close one. East Representative in the Final 4 in Atlanta – Syracuse

The final 4 in Atlanta will feature the big dogs.  Kansas, Syracuse, Ohio State, and Louisville.  Any of these teams ca win on any given day and it will come down to coaching as all players will be exhausted and plying on adrenaline. Rick Pitino and Bill Self will coach their teams to the finals with Louisville winning a defensive battle with Ohio State and Kansas winning a high paced and high scoring game with Syracuse.

Rick Pitino’s team will go cold in the final game in the second half and Kansas will win another National Championship as Louisville’s late rally comes up short.  71 to 65 Kansas in the finals.

Also if you would like a free $100 Sports Betting Account, BetJefe is offering a special with The Costa Rican Times.  If you click here to start a new account and enter 693 in the fax number, they will give you $100 cash in your account no string attacheds. Just hit your roll and you can take withdraw up to $500.

How Beer Gave Us Civilization