‘People don’t change’ is a safe bet to live by, but a terrible thing to die believing. For thousands of years, a few human beings have awakened and seen that man had to radically change, or he would destroy the earth and humanity. 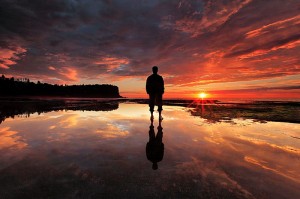 Until now, there was room for error, at first a lot of room, and since the Industrial Revolution, less and less. Now there’s very little room left for man’s self-centered activity, greed and rapaciousness.

The work grows out of this realization. But for the vast majority of people, the growing crisis of man is triggering even more self-concern and particularization in the immediate. Around the world, hearts and minds are shrinking as a rule, not growing. But there are exceptions, and they can and will make all the difference.

It’s axiomatic that we are too close to our times to see them clearly. But with a long view, one can discern the arc of history, its general direction and junctures.

Still, few see the crossroads ahead, and fewer still act to prepare a change in course once the inevitable happens. Make no mistake, once the juncture is reached, it’s too late to change course; the inertia of the past is simply too strong.

Driving across America, you come to places in the vast, rolling expanses of the Dakotas or Wyoming where you can see for many miles. Sometimes train tracks converge in the distance. If two trains are on a collision course, and neither realizes it in time, a collision is inevitable.

Prophecy is one part foresight (though it’s given that word in retrospect, while before the event it’s called prediction), and three parts preparation for the aftermath. 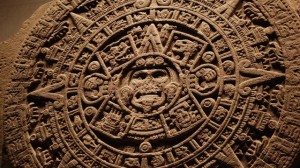 My previous experience with prophecy did not leave me sanguine. One can see what’s coming and act (not to prevent it, which is impossible, but to respond, which is imperative), but if others don’t listen and respond, nothing but the inevitable will occur. In other words, things won’t change.

Even so, I’ve come to feel that prophecy, understood this way, is the only way things can change. But a few people first have to be changing within themselves. Awakening in insight, such people are the soil and the ground of true change.

Reactionary tendencies are blossoming again around the world, and so-called progressives have no adequate response. That makes for a dangerous moment, not only in America and Europe, but globally, since it’s now irrefutably a global society.

Even politicians know this, but they seem powerless to respond. As Gordon Brown, the former Prime Minister of the UK, wrote recently: “Already, we have forgotten the basic lesson of the crash: Global problems need global solutions. And because we failed to learn from the last crisis, the world’s bankers are carrying us toward the next one.” 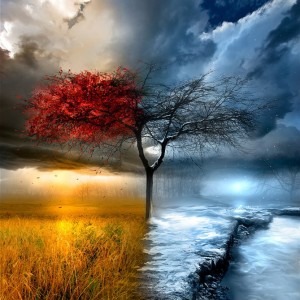 Something I read three decades ago lodged in my heart and head: “No teacher, however illumined, has changed the basic course of humankind.” Given that the work is essentially about just that, can it flower and humankind change course now?

Obviously, one person cannot do so alone, but all changes of any significance begin within one person.

There is only one thing more important than the work of the transmutation of man—bringing the benediction. It is the wellspring of life and the work. One cannot seek it, but it comes with complete negation of the observer, time and thought.

It’s more and more clear, as one grapples with and goes beyond the darkness within and without, that the human brain has another meaning beyond mere problem solving. Science is a tremendous gift, but it cannot provide humanity with meaning, and it certainly cannot bring forth the benediction. The human brain is the only potential vehicle on this planet for the sacredness and love that imbues the universe.

It’s sunset, and the western sky is filled with the most intense color I’ve ever seen. Small gaps between vibrant striations of magenta are deep turquoise. Though I need to get back, I stand agape on the park road, unable to leave.

The color fills the creek at the footbridge, and each minute, just when you think it cannot get any more intense, it becomes more concentrated, until finally there is just a dying ember where the sun went down.

When the mind is completely quiet, and the heart is completely open, one comes into contact with actualities beyond words. One can use words like benediction, creation and love, but the words are so far from the actuality that it almost seems sacrilegious to use them.

This year is going to bring many changes, and catastrophe is certain, but the human being is awakening, and humankind may, at long last, change course.