Poverty & The Effect On a Child’s Brain

Health News – Children raised in poor households have clear differences in the physical structures of their brains compared to wealthier children, a new study finds. 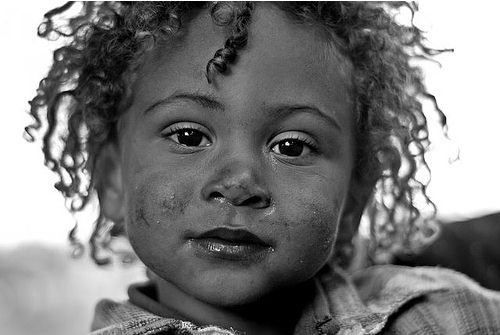 Brain scans of 1,099 children and teenagers in nine major cities shows the poorer kids have less surface area of the brain. This is important because having more brain surface area is linked with intelligence.

“Specifically, among children from the lowest-income families, small differences in income were associated with relatively large differences in surface area in a number of regions of the brain associated with skills important for academic success,” said Dr. Kimberly Noble, an assistant professor of pediatrics and director of the Neurocognition, Early Experience and Development Lab at Columbia University Medical Center, who helped lead the study published in the journal Nature Neuroscience.

Researchers know that socioeconomic status affects school achievement and intelligence, but it has not been clear why.

“We know that families from disadvantaged backgrounds tend to experience more stress,” Noble told NBC News. Children in more well-to-do families tend to get more mental stimulation at younger ages, and that can affect brain development. And kids living in poor situations are often exposed to brain-damaging chemicals such as lead, cigarette smoke and perhaps even air pollution.

They’ve been running a program to examine various differences among families with lower and higher incomes.

Surface area of the brain is important because that’s where the brain cells linked with intelligence are. The human brain is very wrinkled, with deep nooks and crannies. This is because a lot of brain is crammed into a small skull. If flattened out on a table, the human brain would be much bigger than it looks.

Brains of less intelligent animals, such as mice, are smoother. They have less surface area, which means fewer neurons compared to other brain structures.

The differences among the kids in this study were far, far more subtle than the difference between a mouse and a human. But they may begin to explain why poor kids do less well at school, said Noble.

They divided the families into groups based on income — from less than $5,000 a year to more than $300,000 a year. Education ranged from less than seven years of schooling to advanced professional degrees such as PhD and MD.

“Among children from lower income families, small differences in income were associated with relatively large differences in surface area,” the researchers wrote in the journal Nature Neuroscience.

“These relationships were most prominent in regions supporting language, reading, executive functions and spatial skills.”

It’s not at all clear that these differences are permanent or unchangeable, the researchers said. In fact, they are starting a new study giving cash to low-income families to see if it makes a difference.

“We are going to follow the children from birth to age 3 and see what effects are on cognitive, emotional and brain development,” Noble said. “What is it about increased income that changes things in development?” she added.

“Family income is linked to factors such as nutrition, health care, schools, play areas and, sometimes, air quality,” said Elizabeth Sowell, director of the Developmental Cognitive Neuroimaging Laboratory and a professor of pediatrics at Keck School of Medicine of the University of Southern California, who also worked on the study.

The team also wants to tease out the other differences they found. Do better educated parents earn more, or do they interact with their kids in different ways? Do richer parents perhaps buy more nutritious food for their kids, are they able to stimulate them in superior ways, or does being able to relax and not worry about safety and day-to-day survival help brain development?

The team did magnetic resonance imaging brain scans of 1,099 normal children and teenagers aged 3 to 20. They also looked at every detail they could — family income, family education, genetic lineage, age and so on — among the participants.

They found that more educated parents tended to have children with more brain surface area. It was a direct, linear relationship.

“There was approximately a 6 percent difference in surface area between the children from the lowest income and highest-income families in the study,” Noble said.

Other studies have shown that poverty can affect brain function.

In one, a team at Princeton University found that being poor stresses people out, taking up bandwidth in their thinking and leading to faulty decision-making.

Is Costa Rica Becoming a Hub for Drug Mules?