Health News – Thirty-five years ago this month, the Centers for Disease Control and Prevention published a report on five cases of a mysterious lung infection in previously healthy gay men in Los Angeles. No one could imagine the devastating loss of human life that would follow that first article. 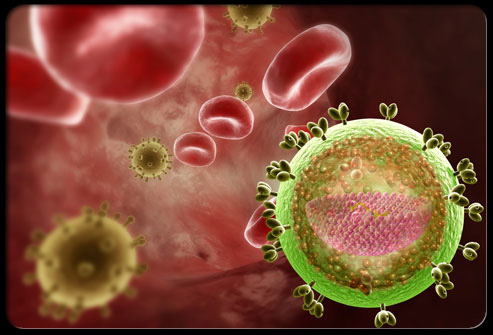 The doctor who took care of the patients and wrote the report was Dr. Michael Gottlieb, an immunologist at UCLA. Right after his article was published, physicians from New York, San Francisco and other cities across the country began reporting patients suffering and dying with similar symptoms.

With Gottlieb’s initial case report, the era of the AIDS epidemic had officially begun.

“We have learned an amazing amount about HIV,” Gottlieb told me. “I have seen those very first patients who were so deadly ill. And I’m now witnessing the good health of our average person today — that has been a miraculous experience.”

In 1985, Gottlieb co-founded the American Foundation for AIDS Research (amfAR). He also serves on The Elizabeth Taylor AIDS Foundations advisory board and continues to see patients with HIV.

He spoke with NBC News about the five biggest changes and milestones in HIV/AIDS.

1. HIV Is No Longer a Death Sentence
If left untreated, HIV still is going to burn out the immune system and will lead to AIDS. But thanks to the treatment we have today, the damage to the immune system can be avoided.

Now, even a young person diagnosed HIV positive can have a normal life expectancy. The key is to suppress the level of HIV to what doctors call “undetectable”, meaning there is no active virus in their blood anymore.

2. You Can be HIV Positive and Not Contagious
That’s one of the really big changes in the history of HIV/AIDS: The recognition that treatment is prevention.

This means an infected person getting HIV treatment has a very low risk — if any — of transmitting the virus to another person. Treatment as prevention is one of the most important tools in limiting the epidemic. Also, the way how HIV is treated has changed dramatically. Twenty years ago, you had to take 10-15 pills a day. People called it a “cocktail”.

Nowadays, you can treat HIV with just one or a couple pills.

3. The Once-a-Day Pill That Prevents the Disease
People who are HIV negative and want to stay that way can take a pill to reduce their risk of contracting the virus.

It’s called “Prep” and involves taking a pill called Truvada once a day. Research has shown this is between 90 percent and 99 percent effective at preventing HIV infection. Besides Prep, it’s also important that the “old school message” still gets out there: Condoms are the old-fashioned, but effective, way of limiting the chance of becoming HIV positive.

4. A Cure for HIV is Possible
The fact that we’re even talking about the possibility of a cure — that’s the eradication of HIV from the body — is a huge milestone. We’re not there yet but I think in the next 60 years, we’ll have a cure for HIV. The cure is the next step and nowadays, we are having realistic conversation about it. This is truly amazing to me.

5. Cases of AIDS Are on the Decline
The number of AIDS cases in the US has gone down dramatically thanks to effective treatment of the virus. That’s a good thing but it would be wrong to say AIDS doesn’t exist anymore. Doctors working in public hospitals often see patients with a totally burned-out immune system and old-fashioned AIDS, meaning serious infections. Especially patients who are undocumented and fearful of getting tested and getting medical care come in with AIDS.

The Stigma of HIV
It’s still very difficult for patients diagnosed with HIV to share their HIV status.

They hide it from family, friends and, certainly, from employers. We like to think society has changed and certainly, the degree of fear has declined meaning people are not afraid of touching or hugging the person with HIV. But a certain amount of stigma lives on.

An HIV-positive person coming out to his or her employer may encounter a welcoming and supportive response. But at some point in time, that piece of information may be used against the employee.

For that reason, my advice to most people is to not share the information with an employer.