Ghosts & The Supernatural – The date February 13, 2010. HPI Paranormal Investigator Ann Dupire picks me up from my home and we head out on the long stretch to Yuba City. Tonight should be an interesting night, because we are investigation three apartments in one apartment complex that are reputed to be haunted. In fact all three apartments are next to each other, one is on the bottom, one is on the top and one is next door to the bottom apartment. HPI Researcher Laurie Rutledge of London, England discovered some interesting facts about this investigation. 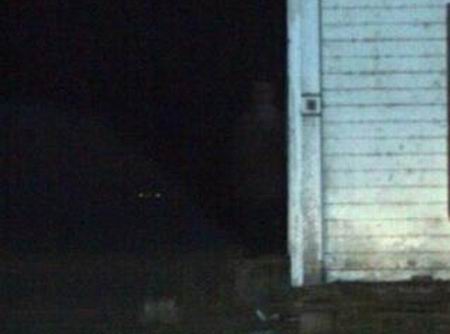 Carrie briefs my team about the activity in this apartment. In her own words she describes the following:

“There are quite a few things going on in this apartment, but most of it has been geared towards me and not so much my fiancé. The only experience Will has had was the pillow up against the wall in the living room falling down. Now, the odd thing about that was the pillow was leaned up against the wall at such an extreme angle that the only way it would have fallen is if someone had physically pulled it towards them and then let it go to allow it to fall. This had happened right after I was finished telling Will about an experience I had the night before. The experiences that have happened to me have been less than pleasurable because almost all of the experiences have been geared towards physical violence and I am at my breaking point as a victim. I have lived in this apartment with my fiancé since November 2007 and when we moved in I noticed a very happy and fun type of presence. Unfortunately, since August 2009 that has not been the case. I have been poked, pinched, slapped across the face, punched in the side, yanked off the bed by my hair, had something at full force kick the foot of my bed so hard that my feet flew about 6 inches off the bed, and most recently I had my fingers grabbed as if something were trying to pull me off the bed by my arm. These things have only happened when I was sleeping and I assume that is only because I am at my most vulnerable at that time. Other than that, I have flashed on this entity several times and it looks like it is constantly creeping or sneaking around, though it is hardly doing a good job of it. It has a very pointed chin that scoops and the eyes are very dark and empty. I have been dealing with spirits for about 13 years now so I am no stranger to all types of spirits, but whatever this is that is sneaking around my house is so dark that is has had a physical effect on me. I have went into convulsions after walking into my bedroom, when it is around my chest, my chest feels like it is very heavy and I feel claustrophobic, and because of all this going on physically I had become an insomniac for almost 6 months and that can take a toll on daily activities. There was one more thing that made me feel sick to my stomach and that was when I was looking at links that Laurie, Paul’s researcher out of London, had sent me regarding things that have happened around this area and one of the pictures really caught my eye. It was a picture of Robert Boyd Rhodes, a murderer that had killed a woman in 1984 and an 8-year-old boy in 1998 and tortured them and then dumped their bodies. I saw the picture and immediately felt like vomiting. My stomach turned and knotted up instantly. His eyes were the same pair of eyes I have been seeing with this thing since it has made its presence known. Other than that, I just want this thing gone because it is not anything that I am used to dealing with and it is bringing me nothing, but anxiety and sleeping issues. “

FIRST INVESTIGATIVE SESSION RESULTS:
Investigation is for 40 minutes. Briefing of the history of activity was given before the investigation commenced. My entire guest psychics felt a presence, felt nauseated, felt watched, felt heaviness on their chests. Certain guest psychics felt creeped out by a certain chair in the bedroom and the bathroom in Apt 6. The teams are split up to two teams. One team is in Apartment #8, the other team is in Apartment #6. Equipment used: video camera, digital audio recorders, digital cameras, regular camera, EMF Reader, dowsing rods, Toshiba laptop. Evidence collected: Possible EVP captured of shuffling noise or a brushing sound. This sound was not audibly heard. Orbs captured on photos. These orbs were captured on still shots and we cannot determine if they have paranormal qualities. Psychics are feeling negative energy in the back room. I will see if the psychics in the other team feel the same type of negative energy and can describe it like the other psychics were able to describe it. 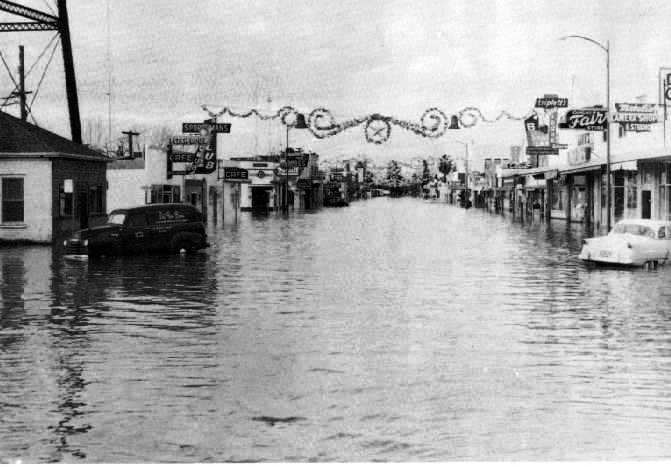 ACTIVITY HISTORY IN APARTMENT #8
David Sims in Apartment #8 states the following paranormal activity occurs in his apartment: Doors slamming or opening. One time Jessica and David heard running water and crickets, when they investigated, there were no crickets or running water. What was really unusual is when they would stand up the activity would stop, when they sat back down the activity would start up again. When they go to bed, they have to close the closet door, because they feel a presence in the closet. David has seen the ghost of Jessica’s former husband in the kitchen. The kitchen sink sounds like its dripping and when David investigates there is no dripping coming from the faucet. David and Jessica suspect that it could be Jessica’s former husband, because he spent a lot of time in the kitchen. David gets unusual chills, sometimes he feels like something is poking him or touching him. Lights would flicker on and off in the bathroom.

SECOND INVESTIGATIVE SESSION RESULTS:
Two EVPs are acquired. One says ‘get out’ and the other is some type of talking that is unintelligible. I conducted an experiment with the psychic guests. I would not allow them to share information with each other. When we did our final briefing, I had them share their feelings. Most of the psychics felt the negative energy from the back bedroom. They felt pain, depression, sorrow, violence. Jennifer Newell, a seasoned psychic felt domestic violence, facial trauma and other violent details. The occupant Carrie eyes welled up with tears. In her past two relationships, she was a victim of domestic violence and received facial trauma from the abuse.

CONCLUSION:
Photographic anomalies: orbs. Two photos show one orb moving horizontally. Still photos of orbs: Inconclusive. EVPs Captured: No explanation on how the voices manifested on the digital audio recorder. All investigators make claim that there was absolute silence and they were not hearing the EVPs audibly with their ears. My experiment with the psychics not sharing information and separating them into two teams resulted with all the psychics describing pain, nausea, depression, sadness, negative energy, violence. I believe that this apartment along with the two other apartments is experiencing residual haunting activity. I don’t believe there is an intelligent haunting in these apartments. There is strong negative energy that resonates from one apartment to another. The EVPs I believe to be residual, if there is a violent past history brought to this apartment by Carrie, it can carry on in such a way, that voices of the past can be heard, such as the voice saying ‘get out!’ Carrie plans to be baptized; she has never received a baptism. She also plans to have blessed religious paraphernalia placed in strategic places in her home to expel any kind of negative forces that may dwell in her home. The blessed religious paraphernalia can be purchased at a store like the Dollar Tree and placed in holy water with a prayer said over them. I believe her residual haunting activity can be an easy fix, by allowing a positive force to come into her humble abode. I gave her a repelling mirror ball to place over the front door. This repelling mirror ball will enable the negative forces to be expelled to the outside of her home. I will stay in touch with Carrie and see how the progress goes. The occupants of the other apartments had the same explanation related to them. As for the poking, kicking, touching that Carrie experiences is psychological trauma when the negative energy takes dominance within their household. The past atrocities that occurred in Carrie’s life are physically felt via the energetic forces that resonate in this household. Case example: A girl from England, age 12 received bites all over her body by an unseen force. The girl had endured physical violence from her mother throughout her life. The violence included her mother biting her. The negative energy that surrounded her after she left her mother and moved in with her father continued, including the bites. When she was baptized, the negative energy left her and the bites ceased. I believe Carrie is experiencing the same thing. End of Investigation.