Panama Papers Database; Search the List; Is Your Name Listed?

World News – Is your name in the Panama Papers? You can check the database below to see if you are on the list.

The “Panama Papers” database went live and searchable Monday, stripping the veil of secrecy from thousands of offshore shell companies and the people who have used them to launder money, hide evidence of crimes, and keep income from the taxman.

The database includes information on dozens of Americans tied to financial misconduct. NBC News, an ICIJ partner, profiled Calvin Ayre, a Canadian online gambling impresario also named in the files, who is a fugitive from American justice.

The International Consortium of Investigative Journalists, in collaboration with NBC News and some other news organizations, has spent the past year analyzing the massive trove of financial information. The ICIJ and partners have published dozens of stories about abuses of offshore entities, which are not in and of themselves illegal, but often abused.

On Monday, the ICIJ released a stripped-down version of the database so it can be accessed by those interested in learning more about the individuals identified in media reports over the past five weeks. 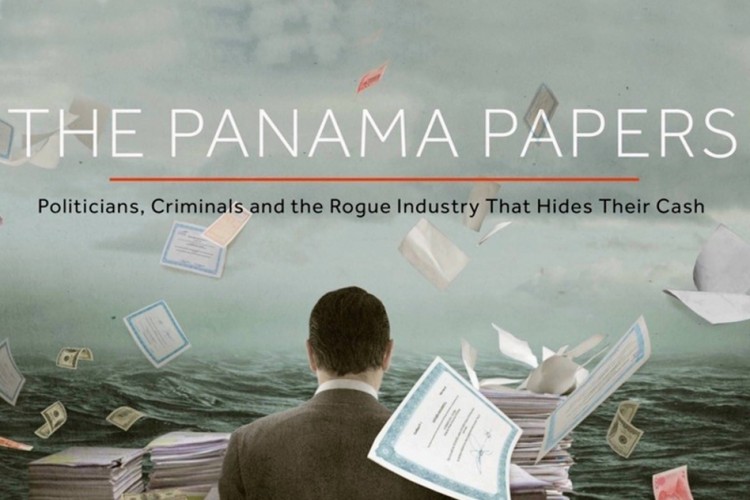 ICIJ officials told NBC News that the group expects potentially millions of hits within the first 24 hours, from criminal and civil investigators, victims, business colleagues and the merely curious.

The data, collated by ICIJ, comes from the Panamanian law firm Mossack Fonseca and includes information about nearly 214,000 offshore entities, companies, trusts, foundations and funds incorporated in 21 tax havens, from Hong Kong to Nevada in the United States.

The database is the largest ever release of information about secret offshore companies and the people behind them, called “beneficial owners,” whose identities are hidden from public scrutiny. It also displays information about more than 100,000 additional offshore entities ICIJ had already disclosed in its 2013 “Offshore Leaks” investigation.

Walker said the data made available Monday represents a fraction of the Panama Papers, a trove of more than 11.5 million leaked files from the Panama-based law firm Mossack Fonseca, which she called “one of the world’s top creators of hard-to-trace companies, trusts and foundations.”

ICIJ is not disclosing raw documents or personal information such as bank accounts, email exchanges and financial transactions, Walker said. But, she added, the database does contain “a great deal of information about company owners, proxies and intermediaries in secrecy jurisdictions,” including, when available, “the names of the real owners of those opaque structures.”

The ICIJ also noted that there are legitimate uses for offshore companies and trusts, and does not intend to imply that anyone listed in the database may have broken the law or otherwise acted improperly. The ICIJ suggests that anyone searching the database be careful about confirming identities, since many people and entities have the same or similar names.

The information was originally obtained from an anonymous source and given to reporters at the German newspaper Süddeustche Zeitung, who then asked ICIJ to organize a global reporting collaboration to analyze the files.

Where are the Avocados in Costa Rica?