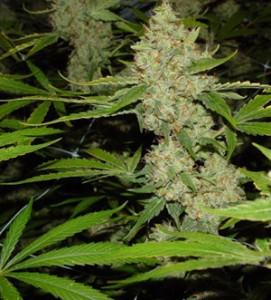 The officers of the Narcotics Section of the Judicial Investigation Organization (OIJ) also found at least seven kilos of marijuana ready for sale and three 4X4 vehicles.

They  arrested a man suspected of being responsible for managing the laboratory.

The individual was arrested by officers on the street, when he left his home yesterday at 9:30 am in Paso Ancho de San Jose. The subject was identified with the name Brenes, age 32.

The Judicial Police reported that the ground where the laboratory was comprised of 2,000 square meters.

The property has a house and two wineries. In one of the wineries bailiffs found tools for cultivation, while the other housed the laboratory.

The suspect was placed in the custody of the Attorney General for the proper investigation.

ICE Turns Off the Lights During World Cup Qualifier

Wow, there busting someone for growing weed. Meanwhile you can’t walk down the street in Tamarindo without 3 little thugs trying to sell you coke.

Government would be wise to do a ” medical Marijuana”‘ program and get these guys to grow it make a bundle on profit and taxes. What political party would support that idea and pass laws Like California did . What a shame now only the police will have the really good stuff.

AGAIN….Costa Rica has little to no work ethics let alone ideas of prosperity. Why do you think so many Ticos with a University education leave the country when they are finished their degree. Its not about working harder to gain notoriety and success, but to formulate ways to jeapordize competing business owners in a way that is demeaning, demoralizing and openly illegal. Take a look at the major outside corporations that do business in Costa Rica and see how much profit they make. Seriously, if you get a chance… its appalling to see how sucessful internationally acclaimed business models fall apart here due to the Ticos inability to follow simple procedures of every day protocol. In all honesty the population of Costa Rica are easily comparable to the equivalent of an US middle school class.