Costa Rica News – Well the reason there might be so many accidents could be for a couple of reasons in Costa Rica.  Perhaps, it is is because driver’s education is not a prerequisite to get your license and the fact that like most things in Costa Rica, with a bit of cash you can get one with no questions asked. 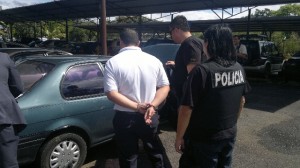 The Judicial Investigation Organization (OIJ) arrested 70 people who were pulled over for driving irregularly.

The arrest came after several raids were conducted simultaneously across the country in the morning.

The operation was conducted following allegations of fraud detected with the licensing.

Furthermore, the police action captured two department officials in the Driver Education Directorate Licensing department , in the headquarters of the institution in the Uruca.

Likewise, the Judicial Police was at 10: 30 am breaking into a laboratory for licensing medical opinion that is located approximately 200 meters east of Cosevi.

The raids were conducted in Cartago and elsewhere in the country as the north.

What is the Meaning of Life?