We all hear about people hacking off their own arms or legs to free themselves, and that seems horrible enough. But what about the people who need to do more than sawing? People who, while causing themselves terrible pain, also have to keep their head together enough to perform a surgery? They exist, and they’re scary. We’re going to look at eight people who, for whatever reason, decided to be their own surgeons.

Sometimes we know that we must meet adversity with courage and fortitude. Other times, however, we know that a strong case can be made for saying, “No, thank you, I’ll just die.” Performing self-surgery seems like one occasion when death might be preferable. Not only do you have to cause yourself a great deal of pain, but you have to do it precisely and skilfully, and for a long period of time. And yet people have done it, in horrible situations. Here are some of them.

Dwain Williams had no insurance, no extra money for a surgery, a growth on his head from an accident, and, apparently, nerves like bridge cables. He decided to not only hack into this own face with a box cutter, but to tape the entire thing and put it on YouTube. The surgery took only a few minutes, although it took weeks to heal. Dwain reported that he was happy with the results. Youtube commenters were not as unilaterally pleased, but really, when are they ever? 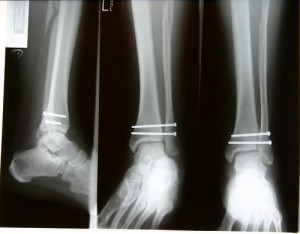 If it is two o’clock in the morning and you’re drunk, please take this advice: Don’t do it. No, I don’t need to know what “it” is. Don’t send that email to your boss/mother/romantic partner. Don’t go skinny dipping. Don’t click that ebay bid. And don’t try to remove those ankle screws. Sadly, I write too late for one young man. This patient had, at twenty-two, gotten drunk and went out and injured his leg (seeing a pattern here?). His ankle was fixed together with six screws and a metal plate. Over time, he found that these objects caused him pain, and was put on a waiting list to get them removed. One night, he decided that the waiting list could go to hell, took five shots, and started boiling some water like an old-timey pioneer whose wife was in childbirth. He sterilized a pocket knife, an allen key – which is basically one of those ikea screw drivers – and needles, and then sliced his own ankle open, using the scar from his last surgery as a guide. He removed five of the six screws, but was not able to get to the last of them. Begrudgingly he decided that the waiting list would have to do, and stitched himself up again.

The late 1970s were not as swinging as some people make them out to be. Certainly not for at least one person. A twenty-two year old man stumbled into a hospital one day with a sheet of hand-written abdominal wound care instructions for the people there. He hadn’t sat there with an abdominal wound writing them up, oh no. They were instructions to himself, since he had planned to go into his own abdomen and re-shape his adrenal glands. Apparently, though, he had had begun to grow tired after eight hours of self-surgery and was disappointed when he realized that it hurt more than he had anticipated to retract his own liver. Why did he think he could pull this off? Because he’d done an earlier surgery on himself. The guy was not a fan of his sexual desire and decided to do something about it. After being denied an “orchiectomy” at two different clinics, he used lidocaine to numb the area, and worked on it for the next eight hours. He then taped the wound closed and went to the nearest clinic to have it stitched up.

It’s actually unfair to single out one case of this type of surgery, because a remarkable amount of people do it. There aren’t any surgeons willing to do it for non-life-threatening medical problems, although it is one of the oldest surgeries in the world. Perhaps its most vocal proponent is Amanda Feilding, who was feeling a bit tired in the 1970s and decided that an iron-rich diet was tasteless and vitamin supplements were for hippies. Feilding had had a friend do his own trepanation recently, and so, at twenty-seven, she cut her hair, put on goggles so blood wouldn’t get in her eyes, and used a dentists drill to drill a hole in her head. She has since run for parliament on a pro-trepanation platform, and also directs and funds research into proving the benefits of trepanation.

Deborah Sampson is one of the people all the Americans should be grateful to (and the British should be, I suppose, 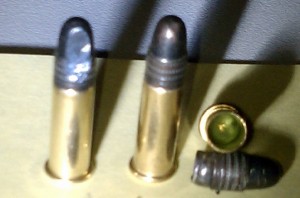 cursing bitterly) on the Fourth of July. She served in the Continental Army, fighting for Massachusetts. Some people reading this will be shocked that Massachusetts was liberal enough to have women fighting on the front lines in the 1700s. The rest will understand why Deborah had to perform surgery on herself. She was shot in the thigh, but worried that the doctors would notice that she was a woman, and thus keep her away from a godawful war. So she escaped from the hospital and dug out the bullets with a pen knife before giving colonial gender roles the finger and going back to the battlefield. Unluckily for her, she was wounded again and tragically treated for her injuries by a competent doctor before she could fix herself up with, I don’t know, a sharpened stick and an attitude that would send a grizzly bear to its knees begging for mercy. The doctor fixed her up, but also diagnosed her with a bad case of “woman,” and she was sent home. She did get a military pension, though.

If you had hoped that we had finally moved away from the bathing suit area, you were mistaken. The next, and possibly most horrifying self-surgery, was done by Johannes Lethaeus, in the 1600s. He was unfortunate enough to have a kidney stone the size of a hen’s egg that was not coming out the traditional way. After intense agony, he got his brother to hand him a knife and carefully sliced open his own perineum. (Be careful if you google the term “perineum”. There’s no search safe enough for that.) It took poking two fingers into the wound to remove the stone, after which a local doctor was called to stitch him up again, presumably while crying.

One of the benefits to being chief surgeon at a hospital is that most people on staff have to do what you say. They can only step in when an uninformed patient might be harmed. That’s where the benefits to being both the chief surgeon and the patient come in. Evan O’Neill Kane decided that he’d show the world that people didn’t need to be completely unconscious for minor surgeries like having their appendix out. All they needed was something local to dull the pain. So he shot himself up with some local anesthetic and cut into himself to dig out his own appendix. One of the main problems was his inability to get a good view of where he was cutting, and so he squirmed around more than the usual patient. There’s a reason that surgical patients are encouraged to keep still, and when Evan leaned forward too much, a bit of his intestine popped out of his wound like a rodent in a whack-a-mole game. The doctor pushed them back in, and continued. The whole thing went so well that he decided a decade later to do his own surgery again when he had a hernia.

What do you feel up for doing after three shots? Maybe you’re disinhibited enough to start dancing on a table. Perhaps you feel up to singing karaoke, or asking someone to go back to your place. But you’re not yet ready to cut into your own abdomen while kicking death in the face, are you? Ines Ramirez Perez was. Then again, she didn’t have much choice. She was in labor, at night, with the nearest hospital fifty miles away and no way to get there. She took two practice cuts before she found the right area, and over the course of an hour pulled her own child out of her. To put this in perspective, although the cesarean was known since the time of the Caesar, they knew that he was not born by c-section because it wasn’t until the 1500s that any woman ever survived the procedure. Even then, only about one in four survived. It wasn’t until modern times that it became a safe procedure. Apparently, though, if you are brave enough to carve your own stomach up like a pumpkin, the fates will step in and just gift you with thousands of years of medical knowledge in return for being such an unequivocal badass. Ines made sure the baby was okay, and then sent another one of her children off to fetch a nurse, who stitched her up with cotton thread. Both mother and baby are well and healthy today.

You Can’t Create Your Own Reality