Well Obama won and all of the supporters  are elated.  It would have been nice if the Republican side could have presented a more likable candidate, he or she would have won, but I digress. Nothing we can do about the election it is over and we must start looking forward. 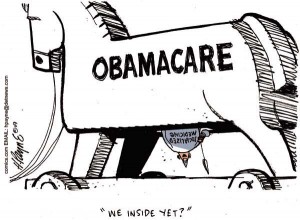 I think a lot of voters out there did not really think their decision through as this is going to effect many people that are getting buy just pay check to paycheck that voted for the incumbent.  Obamacare is going to have extreme negative effects and they are just beginning.  Let’s take the story below and you make up your own mind.

In early October 2012, both the Orlando Sentinel and the Dallas Business Journal reported Darden Restaurants would experiment with limiting the hours worked by its employees in order to avoid health care requirements under Obamacare. Darden Restaurants, owners of the dining chains Olive Garden, Red Lobster, The Capital Grille, Longhorn Steakhouse and Eddie V’s (to name a few), according to the DBJ, would explore the viability of limiting hourly workers to 28 hours per week. As noted in the DBJ article:

“Under a provision of the Affordable Care Act that takes effect in 2014, large companies must offer health care to employees who work 30 hours or more in week. If they don’t do so, companies can be fined up to $3,000 for each employee who turns to an insurance exchange for coverage”

On Sunday November 4th, Doug Ross reported on his blog that “Faith”, a mid-level manager at Kroger Stores, learned: 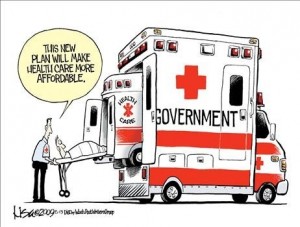 “Last week we found out that, beginning in January, any employee who is not full-time at that point, will be limited to 28 hours per week and all new hires will be subject to the same policy.”

According to the News Releases section of Kroger’s own website:

Kroger, one of the world’s largest retailers, employs more than 339,000 associates who serve customers in 2,425 supermarkets and multi-department stores in 31 states under two dozen local banner names..

Tell me how many Kroger stores YOU KNOW that employ the evil 1%, fat cat, rich people Houston voters and politicians supported raising taxes on under Obamacare and the bond propositions. I am always helpfully greeted by middle class deli clerks, cashiers, butchers and shopping cart attendees who are surely going to be devastated & exhausted by having to work a second job to support themselves, their families and to pay for the tax hikes coming.

Many Houstonians will have to work a second job to support their families.

For all of you college kids that voted Obama your hours are most likely going to be cut if you are working a blue collar job.  This is just the beginning and in about 6 months voters are going to be regretting their decision.

The Top Ways We Injure Our Genitals

I guess the writer of this post is unaware that several of the restaurants listed, Including the Olive Garden, have traditionally used primarily part-time workers so that individual total hours can be kept down and as this causes little or no possibility for upward mobility it has been figured that even the full-time employees leave within 1 to 3 years.

This business model is not news…it has been reported on for a long time. The stream of employees who quit requires a constant hiring need that allows the employers to keep hiring young folks who are willing to accept low wages and low hours for awhile. It’s a revolving door of intentional suppression of wage increases that seniority would support. This saves the uncaring employers millions of U.S. dollars. It has nothing to do with the current national health care legislation that is in place in the U.S.A.