Costa Rica News – Noah’s Ark saved the lives of 50 people in this recent disaster. It’s the one the Minor Vargas built on his house, four years ago. He built the structure because he heard that the area floods often. It was a preventative measure. 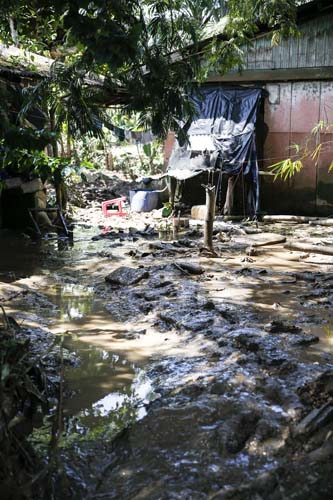 When he moved to the area, he and his wife worked alone to build the ranch above their house. It took three months to build the 16 square meter structure ten feet off the ground.

This ultimately saved his life and that of his wife, son and 47 other people, including a 22-day-old baby. When the water was to his waist, he sent his family up to the ranch. He prepared his boat and within ten minutes the water was up to his neck.

He went out to get the neighbors who were all on their roofs. The water was up to the roofs and his boat was filling with water but the neighbors came together to get everyone to safety from the rain and the Térraba River.

The room became known as “Noah’s Ark.” The neighbors stayed there for 48 hours. Without it, many would have died because there was nowhere to go.